Apple to launch AR headset with rOS in 2020 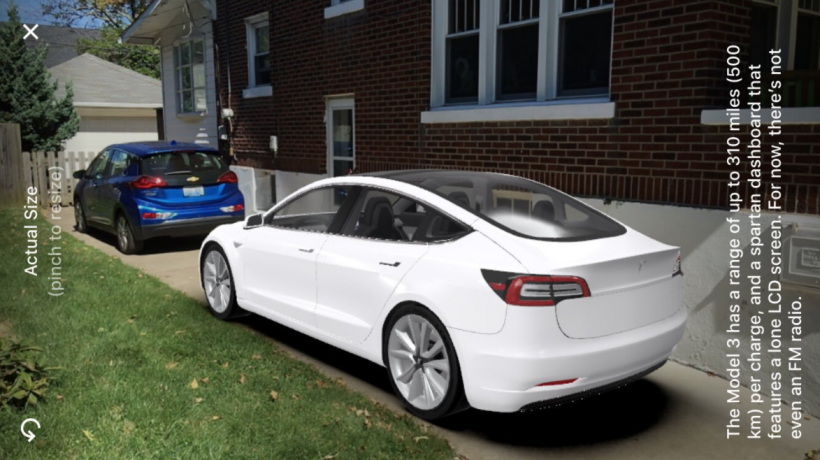 According to Bloomberg, Apple is working on its next "breakthrough" product- one that could even succeed the iPhone. Apple is betting big on Augmented Reality (AR), with the initial strides in this direction marked by ARKit released with iOS 11. While iOS devices have laid the groundwork for the company's AR work, the future points to a completely new product category.

Currently, AR is in its nascent stages of development, with examples including the screenshot above from @billstron on Twitter. The Quarts news app utilizes ARKit to deliver interactive AR experiences based on news stories. One of these features made it possible for iPhone, iPad and iPod touch owners to place and view a Tesla Model 3 anywhere through their device screen.

Apple's focus on AR represents a different approach to other companies focused solely on completely immersive virtual reality (VR). Similar to the Microsoft HoloLens or Google Glass, the technology overlays graphics directly on real surroundings using special optics. According to the report, sources say Apple has many concepts in development for a headset-like device, however in some respects the engineering and technology must catch up to the designers.

Should Apple's AR headset prove to be a reality, don't look for a release before the technology has been proven and refined. Apple's modus operandi is to release something that people will not only find useful, but that customers will enjoy using everyday.