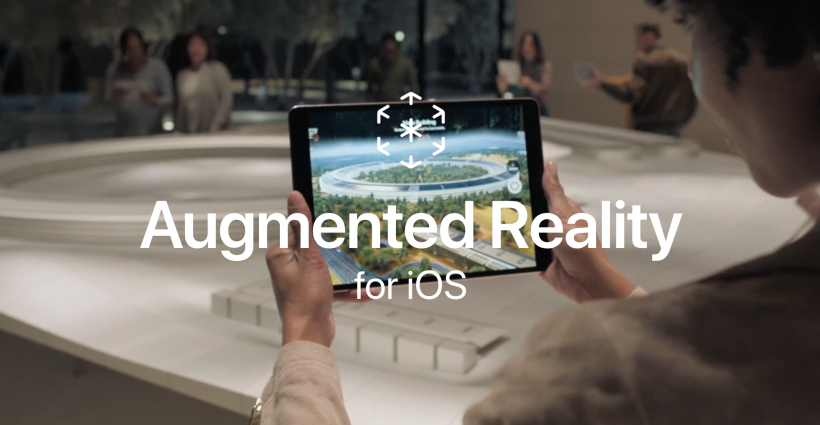 What are some cool Augmented Reality (AR) apps for my iPhone or iPad? What is ARKit for iOS? Apple fans asking questions like these now have a new source of information. Apple has posted a website titled "Augmented Reality for iOS" to showcase the technology and its capabilities.

Imagine if the line between the virtual and the real simply didn’t exist.

Your classroom could become the cosmos.
The past could be as vivid as the present.
And the familiar could look like nothing you’ve ever seen.

With iPhone and iPad, those experiences are not only possible, they’re here. Augmented reality is a new way to use technology that transforms how you work, learn, play, and connect with almost everything around you. And this is just the beginning.

Welcome to a new world.

Divided into sections, Apple delivers examples of AR for Productivity, Play, and Learning. The site then continues, detailing the technology in iOS 11 that makes these AR experiences possible. Apple calls iOS 11 the "world's largest AR platform", with ARKit making it easier for developers to place virtual objects into your surroundings.

Apple is rumored to be working on an AR headset, which could launch in 2020 with rOS (reality operating system) installed. Much like the Microsoft HoloLens or Google Glass, the technology overlays graphics directly on real surroundings using special optics. Sources say Apple has many concepts in development for a headset-like device, which would focus on AR instead of full virtual reality. Everything from the display to gestures and a unique AR-optimized processor is said to be in development at Apple.

In the meantime, get the latest on AR from Apple's new Augmented Reality for iOS website.