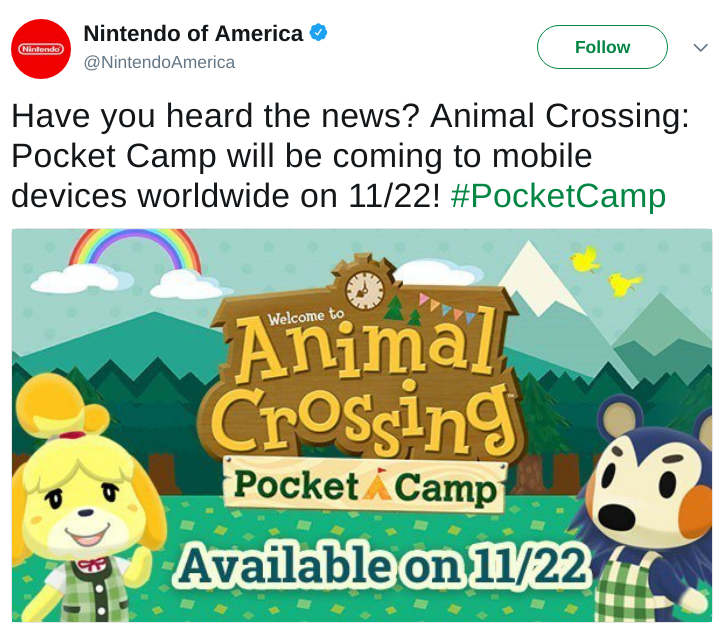 On Sunday Nintendo of America tweeted and official release date for Animal Crossing: Pocket Camp. The game was originally expected to be released in March, but it was delayed until later in the year. Nintendo instead released Fire Emblem Heroes in February, making Animal Crossing its third iOS title, not counting Miitomo.

Animal Crossing: Pocket Camp will land on the App Store on November 22nd, putting an end to a long wait for fans.

The game will allow players to build a camp with their animal friends. Players will be able to craft furniture and other amenities to make their camp more attractive to campers. The game will also include side missions, fishing and bug collecting, the ability to customize an onsite camper, and seasonal events.

Side missions will include helping other animals visiting nearby recreation areas. Helping others and growing friendships will earn players rewards to help them build their camp.

Animal Crossing will be free-to-play with in-game currency called Leaf Tickets. Players will be able to purchase additional Leaf Tickets to spend on building materials and speed up timers.