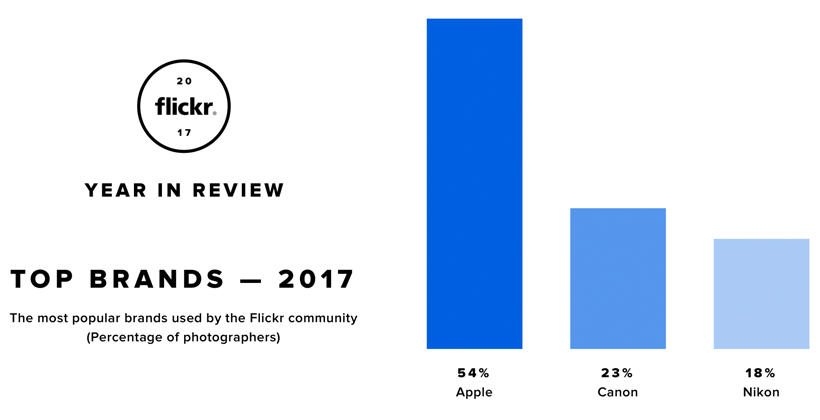 Photo-sharing site Flickr performed an analysis of uploads for its annual Year in Review. Following recent trends, smartphones were used to capture a full 50 percent of photos in 2017. The majority of remaining photos were posted by DSLR users, clocking 33 percent. Point-and-shoot cameras declined to 12 percent of images, with mirrorless cameras holding steady at 4 percent. The breakdown of device brands is where Apple shines.

Apple iPhone cameras comprised 54 percent of the top 100 devices used on Flickr. Not only this, but iPhones took 9 of the top 10 device slots for the year. While this is nothing new, Apple continues to increase its dominance of Flickr this year. The most popular iPhone cameras in use were iPhone 6 models, with the iPhone 6s and iPhone 5s close behind in second and third place.

The lone top 10 slot not occupied by Apple was 9th place, held by the Canon 5D Mark III DSLR. Apple is likely to continue its streak, with users uploading captures to Flickr using improved cameras on the iPhone 8 and iPhone X. The photo-sharing site also crunches the numbers on the most popular photos of the year. This was the top photo in the United States, titled "Solitude" by Ania Tuzel: 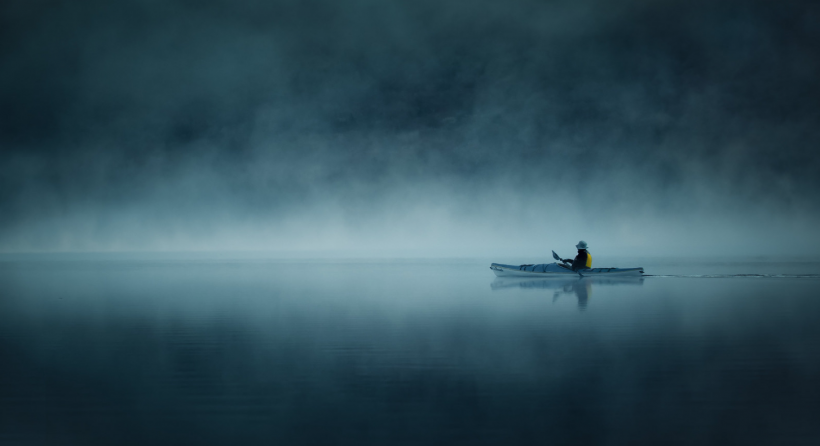 Top photos are divided into top overall photos on Flickr, as well as by country and by genre for 2017.

Apple is poised to continue its dominance of Flickr with the iPhone X camera. Featuring an ƒ/1.8 aperture six-element lens, and ƒ/2.4 aperture telephoto lens, the device has been tweaked to improve low light sensitivity with dual-camera optical image stabilization.