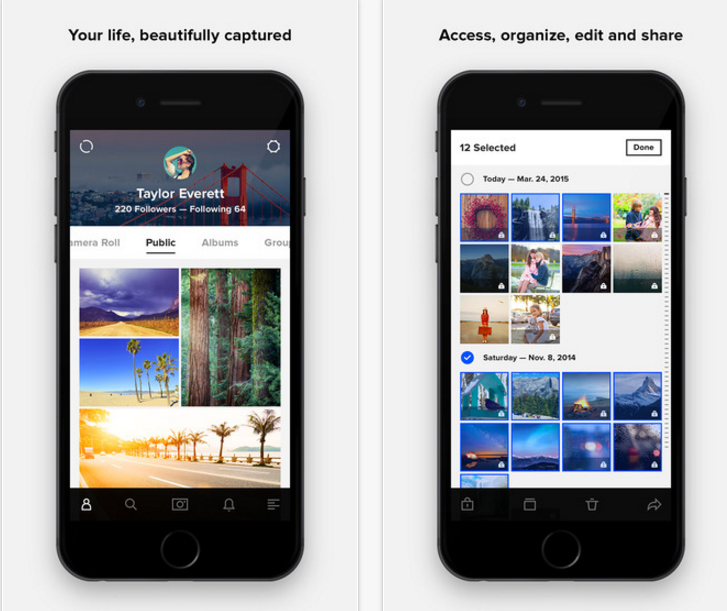 Lots of developers are updating their apps with 3D Touch features for the iPhone 6s and 6s Plus, but Yahoo has taken it one step further by updating their photo hosting app Flickr with what they're calling "3D Touch Extended". Flickr users can now perform Peek and Pop actions, and access a quick Home screen menu by using the 3D Touch technology found on their iPhone 6s and 6s Plus.

Users can access the new Flickr Home screen menu by firmly pressing on the app's icon. The menu includes links to commonly performed actions such as Upload Photo, Feed, Notifications and Search. The new Peek and Pop features include the ability to "preview photos, people, notifications and more," according to the Flickr changelog. The "3D Touch Extended" feature allows users to search through their camera roll by swiping left or right through their photos. A user can then use a firm press to pop open the image they were searching for.

Flickr has also been updated with iOS 9 Spotlight Search functionality and Universal Links so you can open shared links directly in the Flickr app instead of in Safari.

Version 4.0.6 of the Flickr app with new 3D Touch, 3D Touch Extended and iOS 9 features is available for free on the App Store. The photo sharing app supports all devices running iOS 8.0 or later, but you will need to be running iOS 9.0 or later to access all the new features.