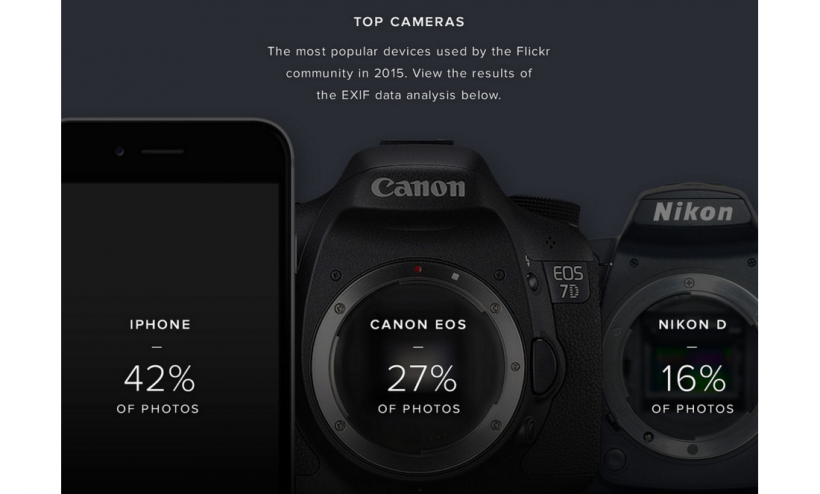 The photo sharing site Flickr has revealed its 2015 Year in Review. Aside from showcasing some of the year's best photography, Flickr is able to crunch the EXIF data embedded in photos uploaded to the site. As it turns out, camera phones were used to capture a total of 39 percent of all photos and videos posted this year.

Breaking down the numbers further, a full 42 percent of still photos were shot on the iPhone. Apple led the pack with Canon EOS cameras clocking 27 percent and the Nikon D series capturing 16 percent of all photos in 2015. The iPhone has ruled the roost on Flickr for some time, and this year is no different.

Camera phones continue to outpace other device types on Flickr. DSLR models were responsible for 31 percent of the video and still photos uploaded in 2015. These were followed by point and shoot cameras at 25 percent, and mirrorless models at just 3 percent of the total. Details can be found on Flickr's Camera Finder page.

Check out Flickr on the App Store and find out how to backup iPhone photos using Flickr.