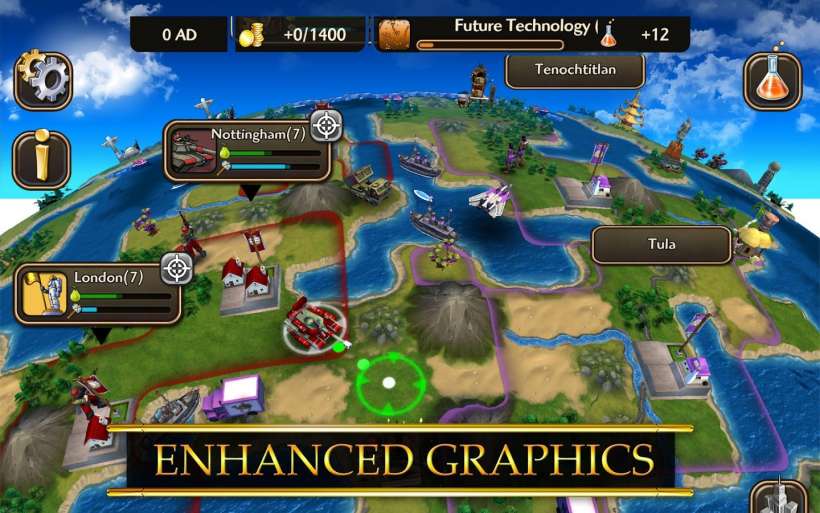 The App Store is suffering from a bit of a holiday hangover, meaning that quality new releases are at a minimum this week. However, there were a lot of news worthy releases right before the annual holiday shutdown of iTunes Connect in December. Most of the games were ports of quality PC and console titles, like Fez and Oddworld: New 'n' Tasty, with the biggest probably being Sid Meier's Civilization VI.

Civilization VI for iOS is newsworthy for several reasons. The first reason being it's an iPad only title. Most games released to iOS these days are universal titles. Civ VI is also so massive that it is only supported on the iPad Air 2, iPad 2017 and the iPad Pro models. This is because it is a full port of the PC game.

Civilization VI for the iPad is not a sequel or some poorly done freemium remake. It is the full game with all of the features found within its PC and Mac counterparts. This also makes the game insanely expensive. $60 expensive, to be exact. This is an unheard of price tag for an iOS game, but most critic and users reviews agree that it's well worth it. You can download and play the first 60 turns of Civ VI for free, in case you want to find out for yourself.

The iOS version does not include an online multiplayer, MFi controller support or any of the DLC. Besides these few omissions, you will find all the other empire building tools that make the Civilization games so much fun.

The sixth entry into the series may be a little overwhelming for those who have never played a Civilization title before. It is a very deep strategy game where your goal is to maintain an empire from the Stone Age to the Information Age. You will go head-to-head with history’s greatest leaders as you battle and try to outsmart your opponents. There are several ways to win the game, like creating the greatest military or becoming the world's biggest spiritual leader.

Civilization VI is a big step up for the App Store. It is one of the few, truly premium titles released for iOS, but unfortunately it comes with a very steep price.