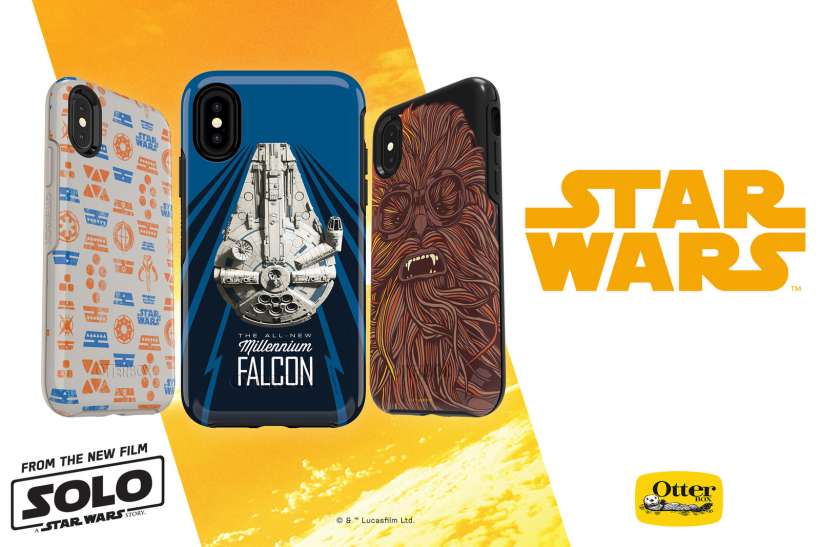 Otterbox has released three new cases based on Disney's Solo: A Star Wars Story which hits theaters on May 25th. The Symmetry Series cases feature three Solo-inspired designs including the "Millennium Falcon," "Chewbacca" and "All or Nothing."

Symmetry Series cases protect against bumps and drops while offering a "slim and sleek" design, according to Otterbox. Each case includes one-piece construction molded out of synthetic rubber and polycarbonate. The cases also feature a raised, beveled edge to protect your touchscreen from scratches, and open access to all ports and buttons. Otterbox also claims that its Symmetry cases offer easy installation, and slide effortlessly in and out of pockets and purses thanks to its slim design.

The Solo cases are available for the iPhone 8, iPhone 8 Plus, iPhone X and Samsung Galaxy S9. Cases start at $44.95 for the iPhone 8 and Galaxy S9 sizes. You can order your Solo: A Star Wars Story Symmetry case at otterbox.com.

Solo: A Star Wars story lands in theaters on May 25th. The film follows the early adventures of a young Han Solo and his Wookiee partner Chewbacca. The film is directed by Ron Howard and stars Alden Ehrenreich as Solo, alongside Woody Harrelson, Emilia Clarke and Donald Glover.