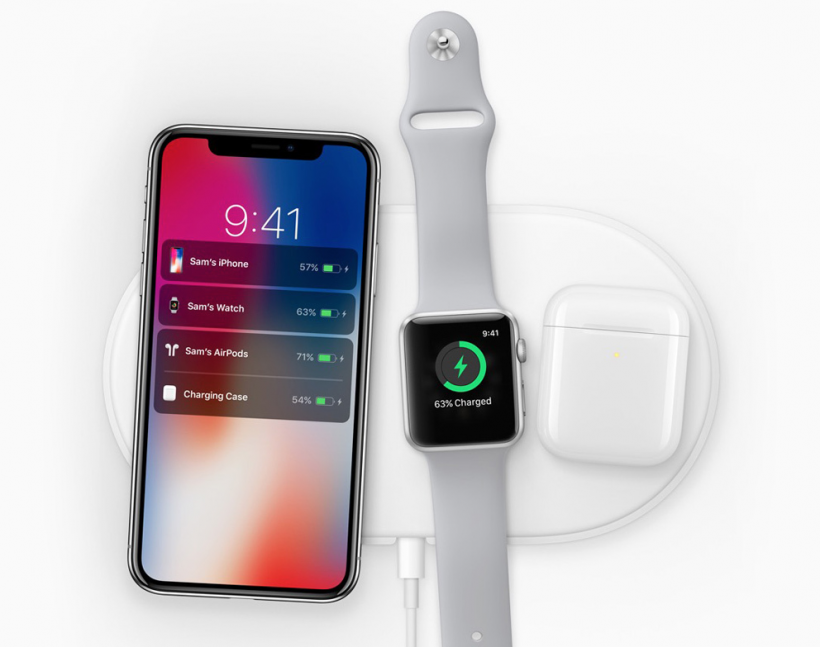 According to new reports out of China, Apple plans to launch the AirPower wireless charging mat in September. Sources claim that Apple was aiming to release AirPower in June, but overheating issues pushed back production. The unique charging mat was first teased by Apple in September last year.

AirPower promises to make charging multiple Apple devices easier, with an advanced version of the Qi wireless charging standard on board. In fact, the white oval mat is said to run a stripped down version of iOS. The key to AirPower is the ability to place two iPhones and an Apple Watch, for example, anywhere on the mat to charge. Apple claims the mat will regulate power consumption by allowing the devices to communicate.

Any combination of Apple products, including a wireless AirPods case can be placed on the mat for automatic and optimized power. In demos, an iPhone lock screen shows what devices are placed on the AirPower mat alongside it, along with their current power level and charging status.

Not only is Apple expected to launch AirPower in September, but the company is rumored to have set pricing around the $150 mark. Considering that an Apple Watch Magnetic Charging Dock runs $79, this estimate seems realistic. Belkin sells its Valet Charge Dock for Apple Watch and iPhone for $130, and in this case the iPhone is connected via Lightning connector, not wirelessly.

Anticipation is high for the release of AirPower, after almost a year of waiting. The Apple Watch Series 3, iPhone 8, iPhone X and presumably a new crop of iPhones coming this fall will all be compatible with AirPower at launch.