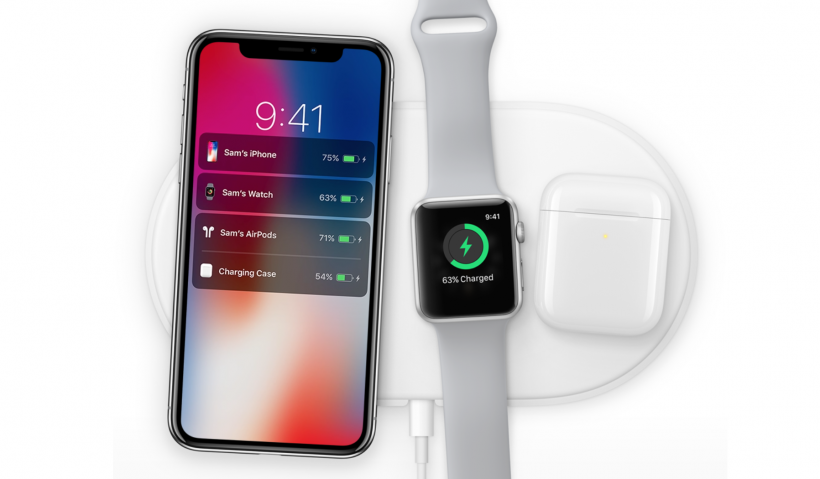 There are several new Apple products to look forward to in the new year. Apple has teased fans of its technology with three upcoming devices that are slated for arrival in stores any day now. While an updated iPhone lineup is sure to be released in the fall, here are the top three Apple products set to launch during the first half of 2018.

Apple's highly anticipated entry into the smart home speaker market was delayed after an initial release date of December 2017. While the company may need more time to complete the device, don't expect Apple to wait too long to make its premium speaker available to the public. The HomePod with Siri and Apple Music integration could launch any day now.

The HomePod features high-end audio along with the Siri voice assistant, bringing HomeKit compatibility and dynamic sound to a sleek package. The device is expected to retail for $349.

Apple teased its own Qi wireless charging mat, with special features that would interact with iOS to deliver status updates. In fact, Apple even worked with the wireless charging industry to develop new standards to be included in its device. AirPower will work seamlessly with the iPhone 8, iPhone X, Apple Watch and future AirPods.

Having a one-stop solution to charge all of these Apple devices simultaneously could vastly simplify the experience for users and reduce the use of Lightning cables. It's not clear exactly when Apple plans to release AirPower or what it will cost, although most Qi wireless charging pads are less than $100.

One report declared the AirPods wireless charging case would sell for $69, however this has not been confirmed.