iOS App of the Week: One Hour One Life 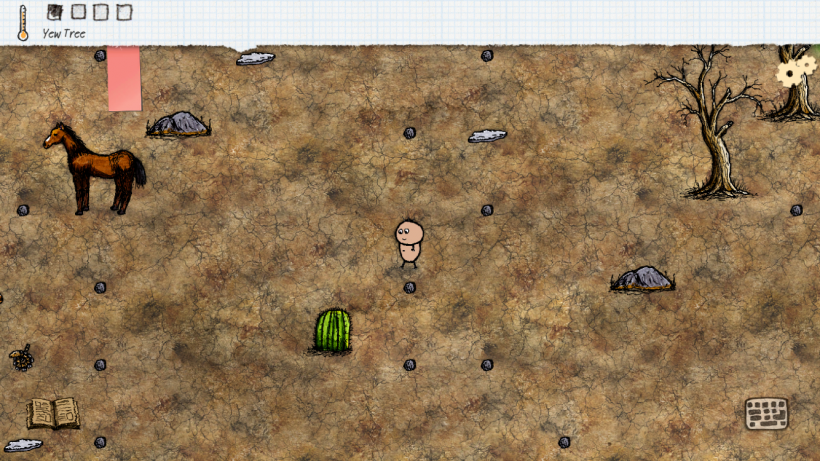 One Hour One Life for Mobile is an iOS version of the desktop survival game created by Jason Rohrer. It features "cute and quirky graphics and sounds," according to the official description, but iPhone and iPad users should not be fooled...One Hour One Life can be brutal. I personally died several times during the tutorial just trying to grasp the controls and crafting.

The goal of One Hour One Life is to make life "a little bit easier for those who come after you." Once you have survived the tutorial, you can then choose from a random server to be reincarnated as anything from a baby to another player. You then must survive in a world where 1 minute equals one year of your life. The max life is 60-years, but I wouldn't expect to make it that far often, unless you're very lucky. As a baby you will need to rely on others to feed you, and even if you're born as an adult, surviving alone is an anxiety driven rush.

The controls are a bit difficult to master, and don't seem to always do what you want. Some actions, such as moving around and picking up some items, require nothing but a simple tap, but others require that you swipe. This is when things get a bit muddy. For example, you can pick a berry from a bush with a single tap, but you need to swipe to eat it. Sometimes you'll try to swipe up, but instead of eating the berry you'll move, if you swipe down you will drop the berry. Even when I think I have the controls figured out, I somehow mess them up, especially when I'm panicking. This is a problem in a game where time moves fast, and you'll die if you don't keep your stomach full.

If you're struggling with the controls you can watch the YouTube video embedded below for some tips.

Crafting is also really hard, but that's by design. It takes a long time to create something simple, and you'll need a dedicated team, it seems, to build anything elaborate. 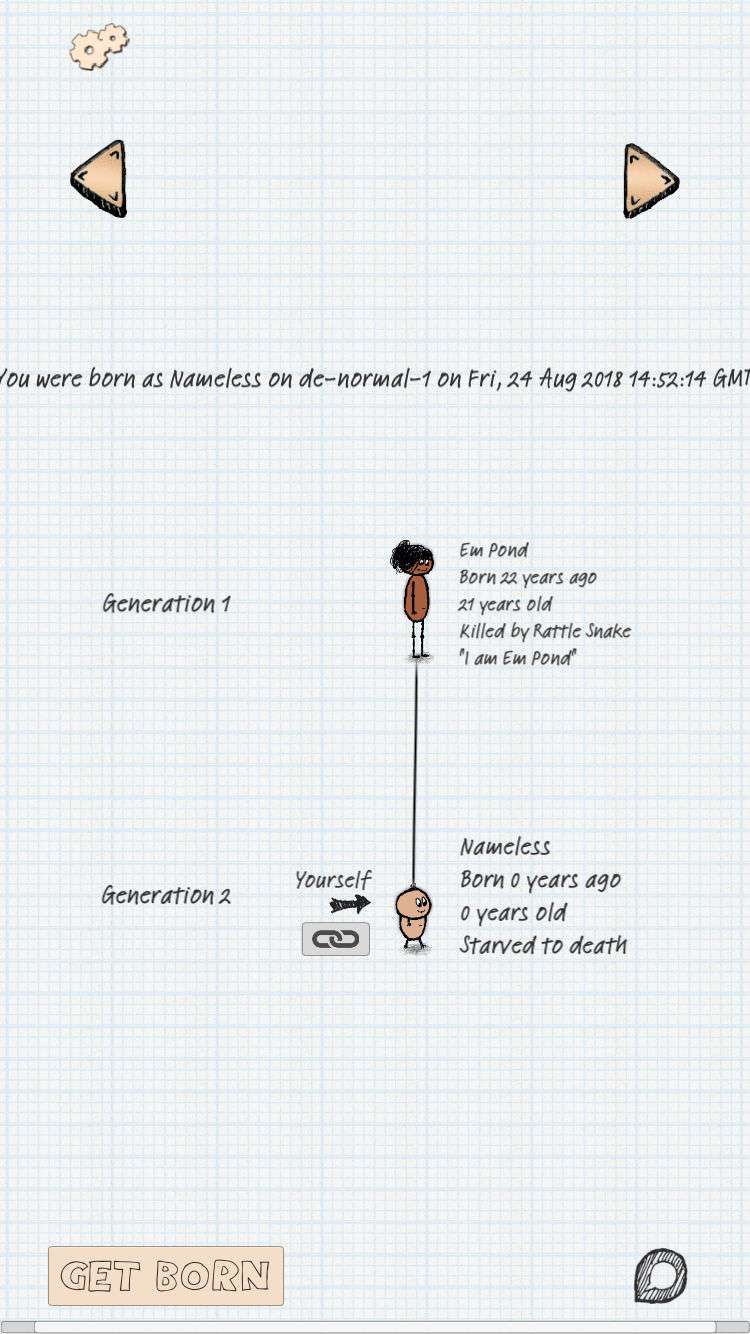 In the short time I had to test this elaborate game I've only been spawned in the wilderness to survive on my own. The App Store description promises that eventually you'll be born in a world filled with "farmers, cooks, blacksmiths, shepherds and hunters" with tools prepared by players who came before you. This is how you will learn to survive, by learning from your past mistakes and relying on the ingenuity of those who came before you.

As a new player myself I can't offer much help on strategy. The best seems to be trial and error. Just live and learn, and hope you can craft some stuff for future generations.

What's really interesting about One Hour One Life is how it mimics real life. You have to rely on other people to survive, and sometimes they will let you die, and you don't know why. It could be pure selfishness, or the lack of their own skills. It's hard enough to feed yourself, how will you feed a crying baby?

One Hour One Life is not for everyone. It is a game that takes time to learn. You will have to be patient, as you die and are reborn over and over. You will sometimes have nothing, or have it all as you try to survive a big scary world and rely on others to build a better one. You'll learn to appreciate the little things the more you play. Crafting something simple from nothing will take know-how, dedication, and a bit of luck. Hopefully your struggles in the wilderness will make you appreciate when you spawn in a bigger city and really appreciate those who came before you to build that city. 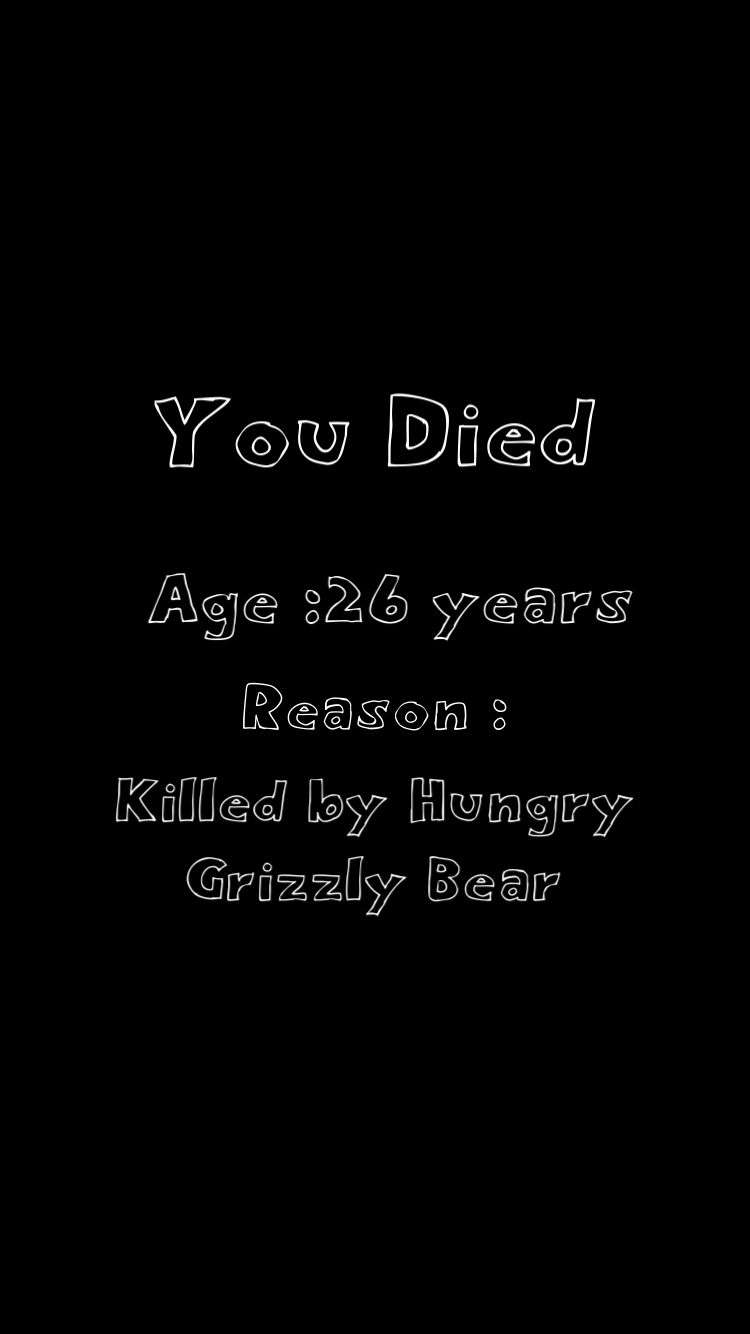 One Hour One Life for Mobile is available on the Apple App Store for $4.99. It's highly recommended to anyone who enjoys complex survival games with crafting.