How to use Continuity Camera with your iPhone and macOS Mojave 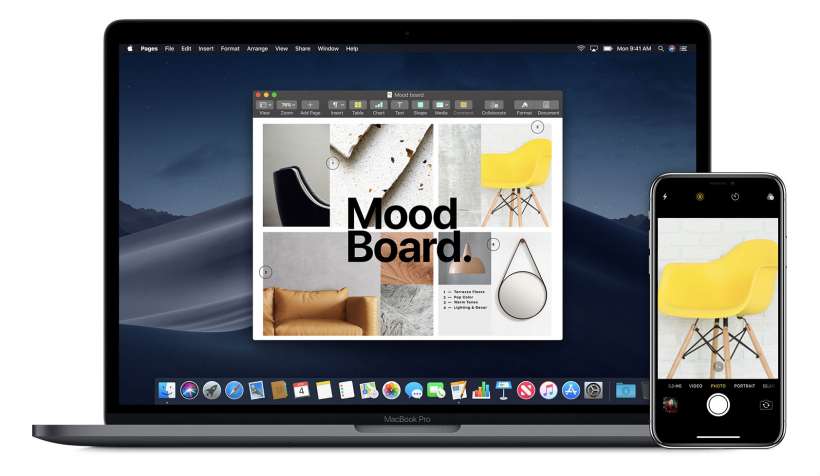 In the recently released macOS Mojave, Apple has added another feature to its Continuity suite called Continuity Camera. The feature lets you take a photo or scan a document with your iPhone's camera and have it instantly available on your Mac. Continuity Camera works with several native apps including Pages, TextEdit, Keynote and Notes, and basically bypasses several steps that you would normally take to get a photo from your iPhone into a document on your Mac. Now instead of taking a photo and uploading it, or grabbing it out of iCloud, you can use Continuity Camera to upload photos directly into the app in use. Here's how to do it with your Mac (with Mojave) and iPhone: 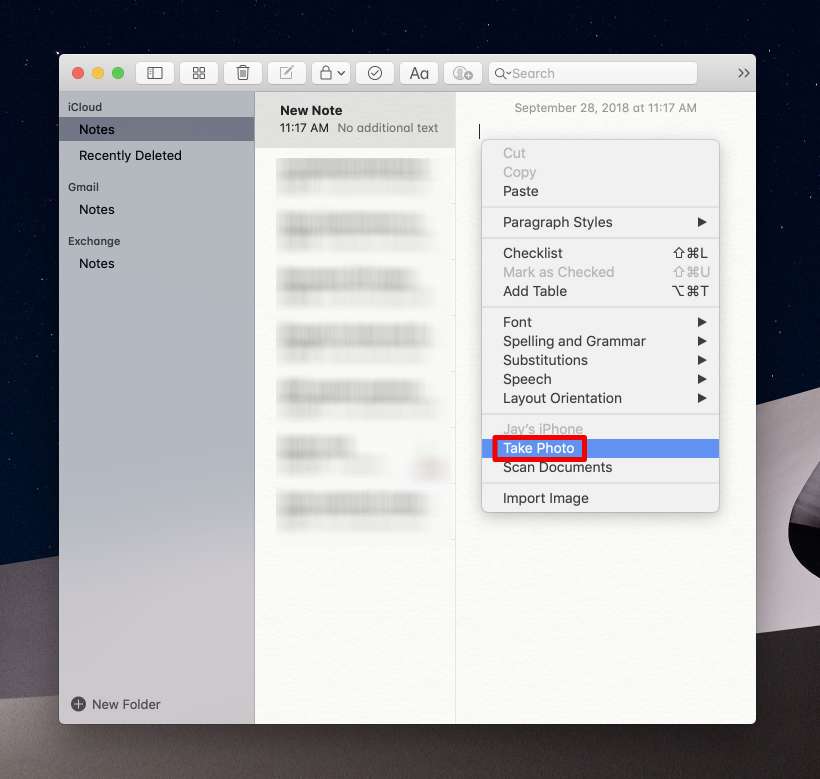 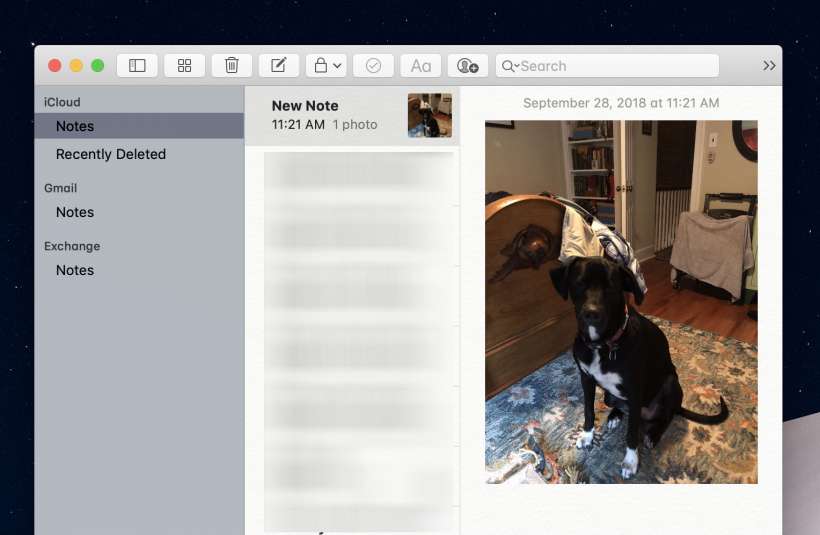 You can do the same thing for scanning documents, just choose Scan Document instead of Take Photo in step 2.