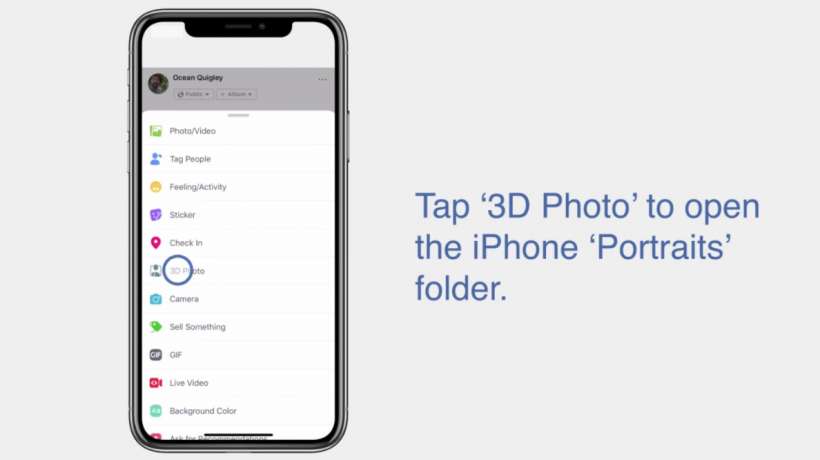 Facebook is rolling out its latest photo sharing feature on the News Feed and in VR. It's called 3D photos, and it captures depth and movement in subjects using the distance between the foreground and background. The technology requires Portrait Mode, which is available on the iPhone 7 Plus, iPhone 8 Plus, iPhone X, iPhone XS and iPhone XS Max. The feature will be available in various markets around the world over the next few weeks.

Once shared, 3D photos can be viewed directly in the News Feed on Facebook, or by using VR. Both the Oculus Browser on Oculus Go and Firefox on the Oculus Rift can be used to see 3D photos. So how can 3D photos be captured and shared?

Facebook posted some tips and a video about 3D photos on its blog. For best results, the company recommends capturing scenes with multiple layers, good contrast, and textures. Keeping these things in mind will create more interesting 3D images, which will appear to have depth when users scroll, pan and tilt their devices.