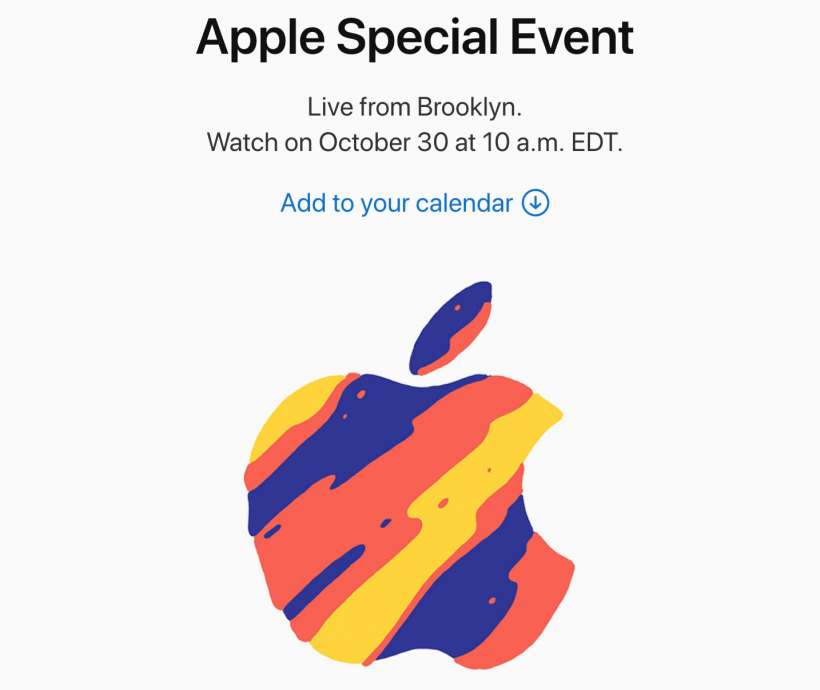 Apple has sent invitations for its second splash media event of fall 2018. On the day before Halloween, Apple will reveal new products at the Howard Gilman Opera House in New York. The keynote is described in the invitations with the tagline "There's more in the making". So what's in the pipeline after this year's launch of the iPhone XS and Apple Watch Series 4?

Reports point to a redesigned iPad Pro in the works. In fact, two different Pro models are expected to make headlines at the event; a new 11-inch form factor and an updated 12.9-inch version. Both models may feature Face ID with an edge-to-edge display and smaller bezel. The iPad Pro will not have a notch for front-facing True Depth camera sensors, as these will fit into the bezel. The refreshed iPads will retain current display technology, without the OLED screens found in the iPhone XS.

A completely revamped Mac mini would be the first time Apple's smallest desktop computer was updated since 2014. Apple watchers expect the company to not only update the Mac mini this fall, but to increase the price along with the hardware capabilities.

Also in the works could be a 13-inch version of the MacBook with Touch ID. This notebook would presumably replace the MacBook Air, however it's not clear if Apple will continue to offer the current 12-inch MacBook.

New iMacs are also possible, since the current hardware dates from mid-2017. Apple may improve the display and add True Tone to its iMac lineup, but upgrades to the recently launched iMac Pro are not forthcoming.

Where to watch Apple's NYC event

Apple will live stream the October 30 event on the Apple Events page starting at 10 am Eastern time (7 am Pacific). Those visiting the page can reload to see a variety of different takes on the Apple logo.