Will the Apple Tablet be a Jumbo iPod Touch? 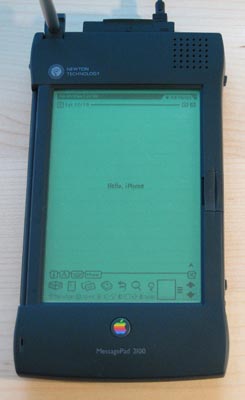 Developers will have to port all of their iPhone apps to the larger 10-11 inch screen. People will have to carry the thing around and it won't fit in a pocket. How long will the battery last when watching an HD movie? Not very long if it's running firmware 3.1.

According to a "communique" from a "top secret agent" several prototypes of the Apple iPad are awaiting Steve Jobs' personal green light for production.

The tablet wars are about to heat up, as Apple has hired back Michael Tchao, one of the executives who helped develop the Newton handheld. Microsoft is working on the Courier, a Windows 7 touch and stylus device which has two 7 inch screens and folds closed like a book.

This ain't going to be cheap...