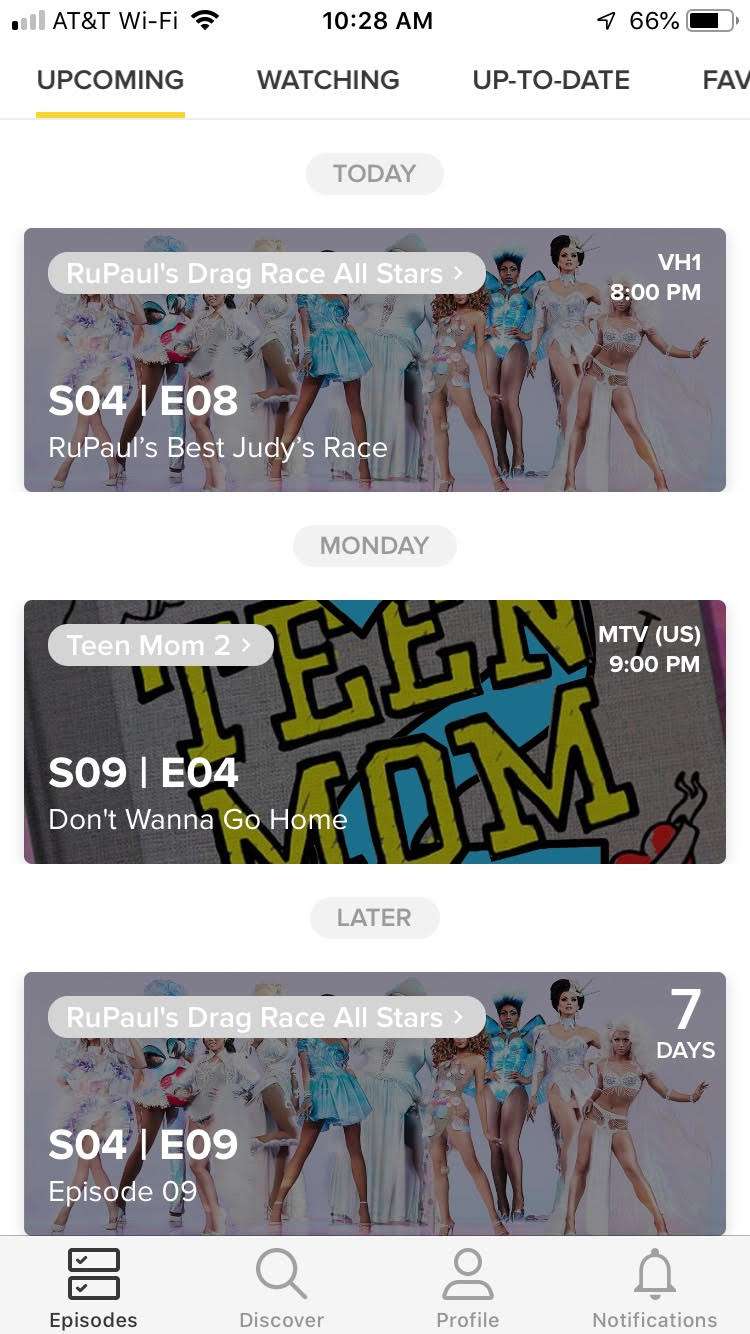 When I first downloaded TV Time (thanks to Entertainment Weekly) I found it useful but also a bit boring. There didn't seem much to do with the app after the initial setup, but I was wrong. You can actually lose yourself in the app while rating your favorite TV shows and characters, and by reading through the user comments on different episodes. The main purpose of TV Time is to keep track of all the television series that you watch. This is important in a world with multiple streaming services and linear television.

It is hard to keep up with services like Netflix that don't stick to a traditional schedule like broadcast television. The days of only having to remember to watch Orange is the New Black are over, as Netflix and Amazon release new series at a rapid pace. Keeping up with your favorite television series gets even trickier if you add in fringe services like CBS All Access or DC Universe.

It is truly the golden age of television with great series such as Game of Thrones, retro throwbacks like Fuller House, and targeted content like DC Universe or the WWE Network. Consumers have so much to choose from that watching TV has almost become overwhelming. TV Time aims to keep its users updated on all their favorite television series. It is the new TV guide for the streaming generation.

The app is simple. Signing up with your Facebook account will import all your "Liked" television shows. You can then add additional shows and mark your progress with each series. The app then builds you a "Watch List" with upcoming episodes and will notify you when they are about to air.

What I really liked is the ability to go back through each show to see what episodes I have missed. This is important since I am very behind with several series that I do watch. It also made me reconsider if I wanted to continue watching some series, and if I wanted restart with some others that I quit. 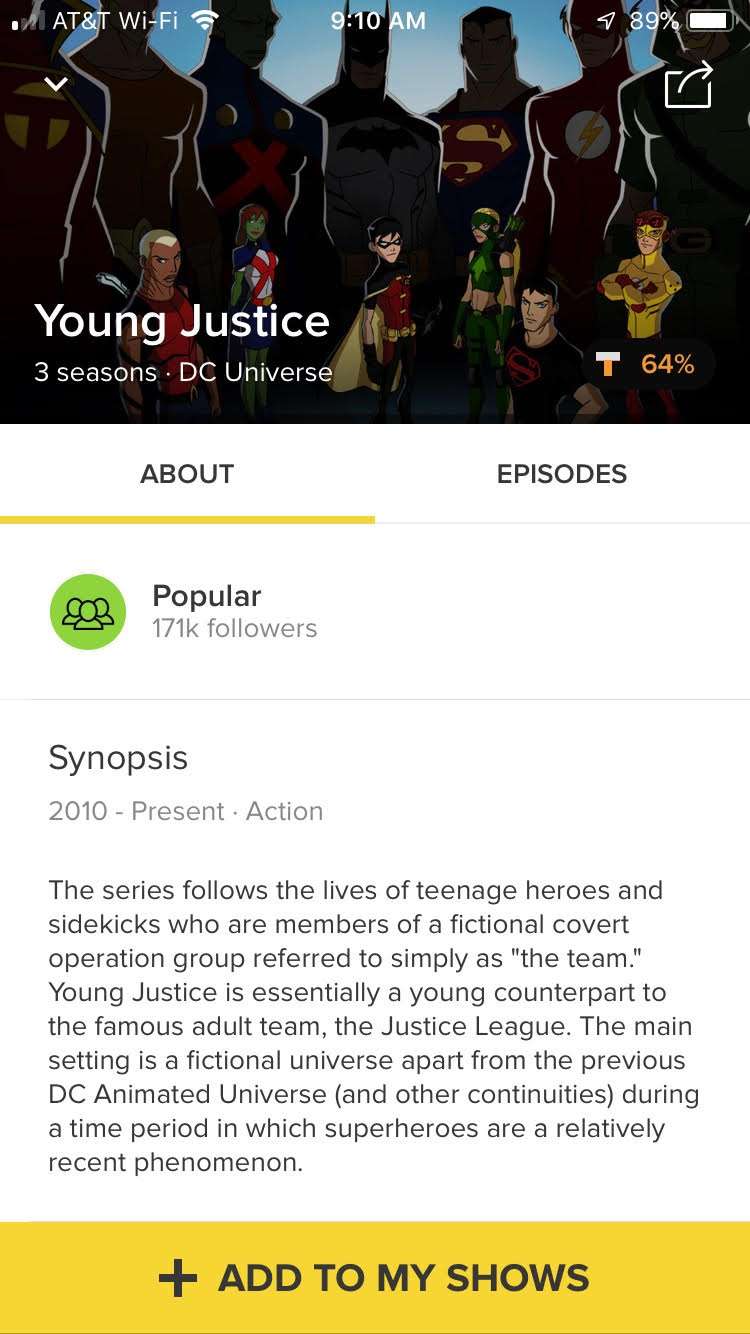 You can quickly go through each series and check off each season that you've watched, or individually rate each episode, list how each episode made you feel and select your favorite character. You can also comment on each episode, upload memes, screencaps and GIFs. The comments section is actually a lot of fun, and when is the last time you heard someone say that? Instead of the normal cesspool of trolling and arguing, the comments section is full of fun memes and comments from fans who actually enjoy each show (or at least on the shows I watch).

Another thing that shocked me is how thorough the app can be. It pulled internet shows I watch on YouTube from my Facebook profile, and it includes new services like DC Universe. It also gives you important information like the original release date of each episode, an average user rating and brief synopsis.

TV Time is free on the Apple App Store. It is recommended to those, who like myself, have trouble keeping up with all the different television shows available nowadays.