What to expect at Apple's March 25 media event 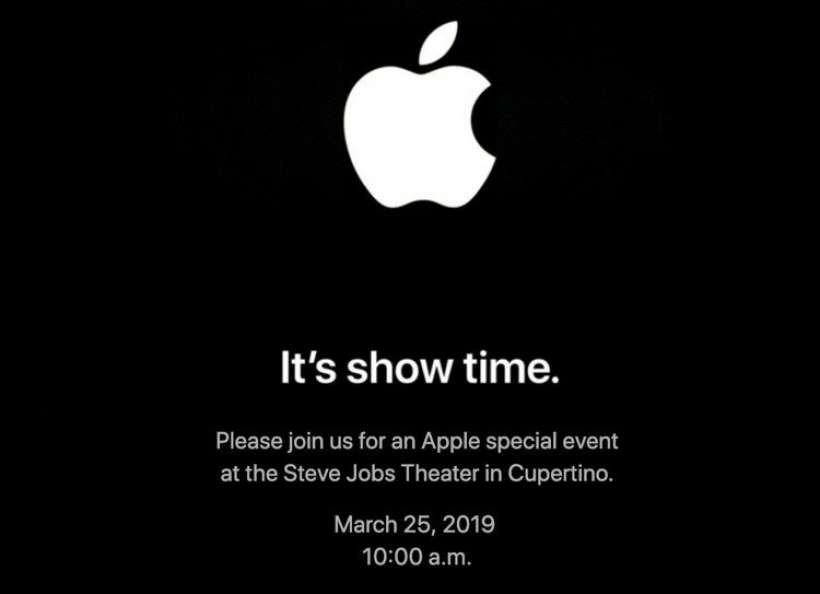 Apple has made its March 25 event official by sending invites to the media with the tag line "It's show time." The keynote takes place at the Steve Jobs Theater in Cupertino, part of the Apple Park Campus at 10:00 local time (1pm EDT). The company is widely expected to reveal its own streaming video service, which will feature Apple original TV content.

Owners of Apple devices, including the iPhone, iPad and Apple TV can expect more than a dozen shows to launch with the streaming service within the next few months. Apple also has various hardware updates in the works, however according to reports, CEO Tim Cook and crew are likely to focus this year's March event on the TV service as well as a refreshed Apple News service. Apple News will offer centralized, paid subscription access for news content that is currently protected behind various paywalls by individual publishers.

Pricing for Apple News has been rumored to be $9.99 per month. When it comes to Apple's streaming TV service, it's not clear how Apple plans to recoup its $1 billion investment in original content, or how much the service might cost for consumers.

Many hardware upgrades and some new products are expected to launch soon, but these may not be launched on stage. Instead, AirPods 2, the AirPower charging mat, iPad mini 5, and 7th generation iPod touch and iPad models could be released shortly after the March 25 event in Apple Stores and online. iOS 12.2 includes Apple News updates, so Apple will likely release the software update during the last week of March as well.

Some of the original TV content rumored to be in development at Apple includes: an adaptation of Isaac Asimov's Foundation, a series based on Terry Gilliam's 1981 film Time Bandits, children's content from the creators of Sesame Street, a thriller by M. Night Shyamalan, a reboot of the 1985 show Amazing Stories, shows developed by Oprah Winfrey, a drama starring Jennifer Aniston and Reese Witherspoon, and much, much more.

Apple will undoubtedly preview some of its upcoming original content on Monday, March 25.