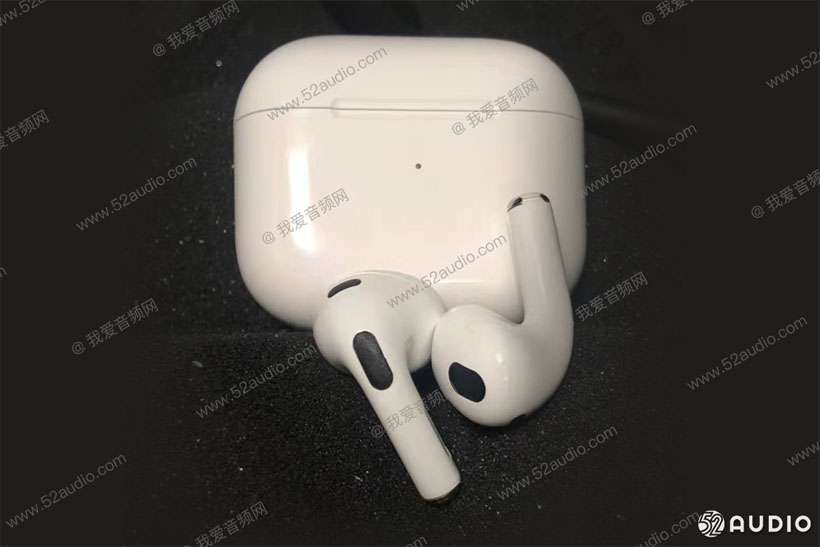 One of the likely contenders for Apple's March press event is a third-generation AirPods design. Continued leaks show a form factor similar to the AirPods Pro. While Apple is likely keeping advanced features such as Active Noise Cancellation for higher-end models, photos of the AirPods 3 offer a glimpse into where the base level wireless earphones are headed.

The image above from 52audio meshes with several other reports, showing a charging case similar to the AirPods Pro. The stems that hang off the bottom of the in-ear portion are noticeably shorter that the current model. Not only this, but other reports have pointed to removable silicon ear tips, which don't appear to be attached.

More photographs follow from @LeaksApplePro on Twitter. These images clearly match renderings that were previously leaked, as well as advice from long-time analyst and Apple watcher Ming-Chi Kuo. Kuo has stated that changes to the AirPods lineup are coming ahead of summer, with the AirPods 3 moving towards the AirPods Pro design.

When it comes to the AirPods Pro, the next generation of Apple's flagship in-ear wireless headphones are expected to change as well. The next AirPods Pro are likely to lose the bottom stem entirely, with a completely new style. Watch Apple's upcoming March keynote video for more details.