CarPlay gets big improvements with iOS 13 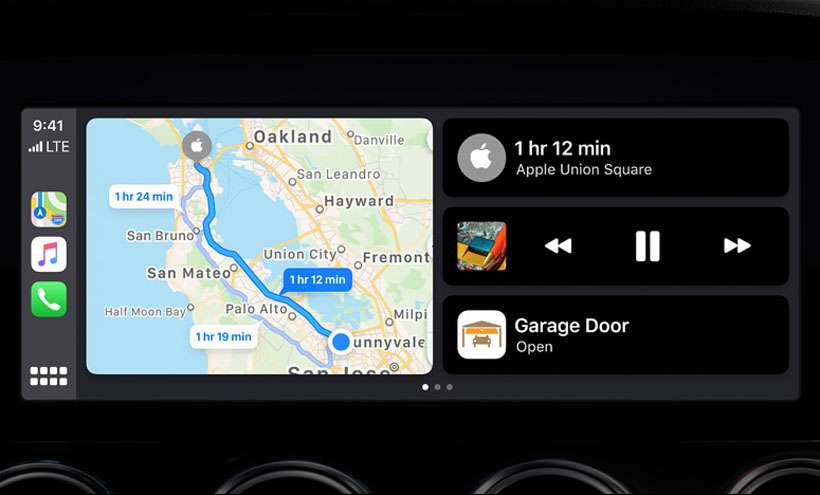 CarPlay sees its most significant upgrade since launch over five years ago with iOS 13 this fall. Not only does Apple have new features in the works, but existing CarPlay functions are expanded and improved. What's in store for CarPlay fans when iOS 13 rolls out in September?

Apple revealed changes coming to CarPlay at WWDC19 earlier this month. Here's a list of the top CarPlay updates coming to iOS 13:

The Dashboard immediately shows the driver what's going on in the main apps being used, reducing the need for switching apps. Besides the map and current navigation, Siri suggestions fill the right side pane. On the left are app shortcuts. The layout centralizes the most important and relevant information to the user in one place.

CarPlay can be customized using Settings, including Do Not Disturb While Driving and the Siri suggestions appearing in Dashboard. Contacts can receive automatic replies to messages while driving, depending on how things are configured in Settings. This is also where one can switch between Dark Mode and the new Light Mode.

CarPlay has always featured a dark interface, however with iOS 13 there is an optional Light Mode. Light Mode can also switch to Dark Mode automatically depending on Settings.

Events, along with their associated phone numbers and locations are coming to Calendar in CarPlay. This means drivers can access navigation functions directly to head to an event with one tap. Similarly, making a phone call based on information in the Calendar is quick and easy.

Searching for lunch, coffee or gas stations along your route just got easier with CarPlay on iOS 13. Siri does a nicer job of announcing navigation steps as well. Other improvements to maps include better lane guidance, route planning, and access to Collections and Favorites from Maps on the iPhone and iPad.

Look for these upgrades to CarPlay and more when iOS 13 arrives on compatible Apple devices in the next three months.