iPhone SE highlights: Budget is back 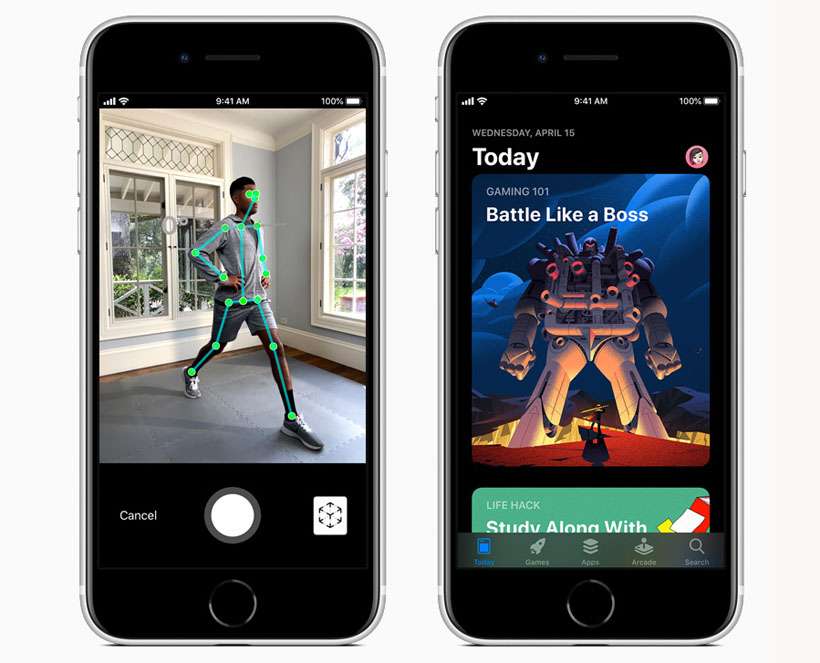 Apple has finally updated one of its most popular iPhones, the modestly priced iPhone SE. This special edition iPhone doesn't disappoint in its second generation. The iPhone SE packs the same processor as the iPhone 11 Pro with a starting price of $399. If that sounds hard to beat, read on to see what the 2020 iPhone SE has to offer.

The iPhone SE has the same design, size, and weight as the iPhone 8. This means an aluminum external case with a glass back, and a 4.7-inch diagonal Retina HD LCD display. Available colors include black, white, and (PRODUCT)RED, with all three models sporting a black front bezel around the screen. The iPhone SE is rated IP67 for water and dust, protecting against immersion in liquids at depths up to 3 feet for 30 minutes at a time.

While the iPhone SE 2020 does not include a 3.5 mm headphone jack (unlike the original iPhone SE), fans of the home button can rejoice. Touch ID provides security on the iPhone SE, unlike other contemporary iPhone models relying on Face ID. Thanks to its classic design, the iPhone SE retains a solid-state home button and a second generation Touch ID sensor.

The A13 Bionic with 3rd generation Neural Engine is Apple's latest 64-bit ARM-based system on a chip. If that means nothing to you, rest assured this processing powerhouse is Apple's latest and greatest. Not only is the A13 2.4 times faster than the original iPhone SE, but the same chip is featured in the iPhone 11 Pro. The iPhone SE, along with its updated CPU and GPU is equipped to run many future versions of iOS.

The iPhone SE includes built-in wireless charging, hence the glass back. Not only can iPhone SE owners use a compatible Qi wireless charger, but the iPhone SE has fast-charge capability. This means with an 18-watt or higher charging brick, the iPhone SE can replenish half of its 1,821 mAh battery power in just 30 minutes.

Battery life on the iPhone SE is similar to that of the iPhone 8, clocking 14 hours of talk time, 13 hours of video playback, and 12 hours of internet use.

There are three different iPhone SE storage tiers available, with pricing as follows: