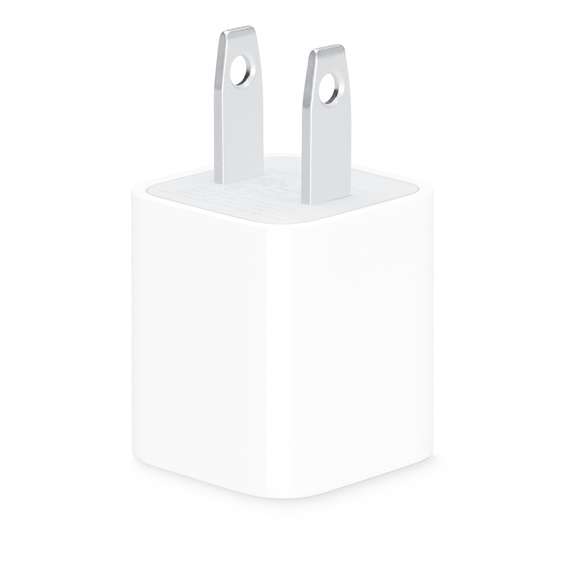 Every iPhone from the 3G in 2008 until the iPhone 11 in 2019 was packaged with a 5W USB Power Adapter in the box. While Apple has stopped including a charger with its iPhones, the company continues to sell the classic adapter. This may not be the case for long, as the slow 5-watt charging speed and its USB type-A connector is going the way of the dinosaurs.

In fact, the compact 5W USB power brick is now sold out in many countries including Australia, China, France, Japan, Spain, New Zealand, and others. Apple offers the accessory for $19 at its online store in the US, and the item is still for sale in Canada, the UK and elsewhere. If the out-of-stock trend continues, it shows that Apple is likely to discontinue the charger as new technologies take its place.

Apple shipped the iPhone 11 Pro with an 18W USB-C fast charger, right before it stopped including chargers at all with the iPhone 12. Many iPhone owners already had chargers at home when upgrading their devices, and one of Apple's stated goals was to reduce e-waste.

Now that iPhones support fast charging and wireless charging, there are many power options available from Apple and third-party accessory manufacturers. Gallium Nitride (GaN) components are making power bricks and wireless chargers smaller and more efficient, even as they deliver higher wattage and better connections.

Another factor on Apple's radar is the EU will require Apple to include USB-C on its devices starting in 2024. According to reports, the company has already started working on an iPhone that ditches the Lightning port for USB-C. These models could launch next year, which would further accelerate the shift to newer USB-C charging accessories.

Apple already delivers Macs and iPads with USB-C ports on board. For this reason, the company offers a variety of USB-C chargers, including 20W, 30W, 67W, 96W, and 140W models. Apple also has dual USB-C port 35W chargers for sale at its online and retail stores.