Pitaya Network is offering exclusive rewards to both iOS and Android players who preregister for Pocket Knights 2. The action RPG was soft launched on Google Play in North America in May, and it will soon be available worldwide on the App Store. Players who register at pocketknights2.com will earn exclusive rewards, including massive potions, coins and diamonds. Players can also help unlock extra rewards by inviting their friends to sign up for the game. 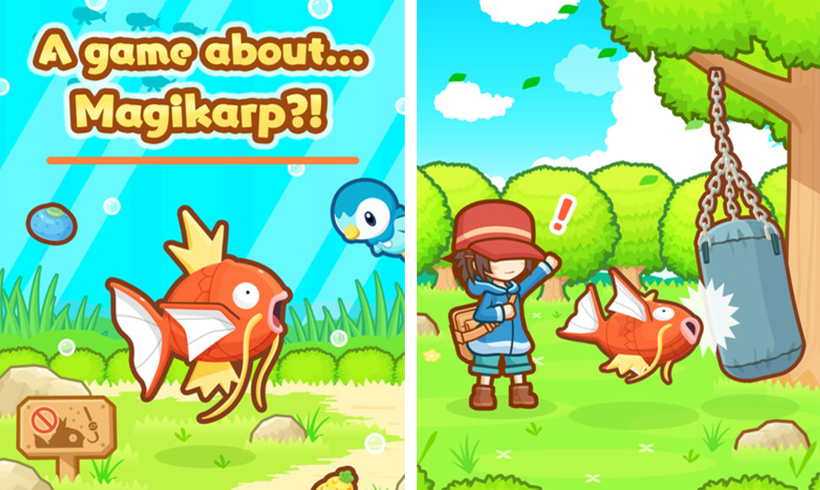 The Pokémon Company has launched another iOS game, hot on the heels of its successful release of Pokémon GO across the globe. Magikarp Jump features one of the most lowly, pathetic and useless Pokémon ever created. Incredibly, the entire game is all about raising the weak Magikarp into a truly majestic creature. Popular Pokémon such as Piplup and Pikachu will even appear to help your special Magikarp grow.

Niantic today announced Adventure Week will kick off on Thursday, May 18. Adventure Week is the latest Pokémon Go event celebrating the collective journey players have taken since the game was released in 2016. Players have walked more than 15.8 billion kilometers since Pokémon Go was launched, according to the Niantic blog .

"Back in December, we collectively walked past the equivalent distance of Earth to Pluto and now, we’re on a journey past the edge of the solar system! As of May 11, the Pokémon GO community has traveled more than 15.8 billion kilometers, and more adventures still await…"

Even after having great success with its two mobile launches of Super Mario Run and Fire Emblem: Heroes, Nintendo announced in January that it had decided to scale back its original plans to release five games to the App Store in 2017. Instead of the five planned titles, Nintendo plans to release Animal Crossing in the second half of this year, and possibly one more title before the end of the year. Nintendo's final release of 2017 could be The Legend of Zelda, according to The Wall Street Journal.