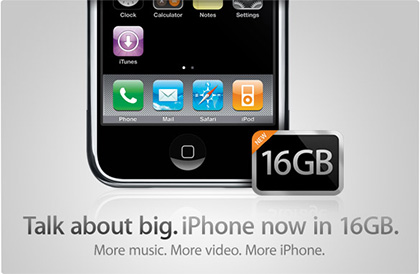 We've been getting numerous reports of users, who have attempted to sync their iPhones after the latest iTunes updates (7.4.x), finding that iTunes shows space on their iPhone occupied by something specified only as 'Other'. Often, this space may be only small amounts (a few megabytes), but we have received reports of 'Other' taking up as much as 4 gigabytes.

For some reason, the iPod feature which allows you to drag and drop files to and from your iPod is not available on the iPhone. We're not sure why Apple chose to disable this or if they plan to keep it permanently unavailable.

In the meantime, there are a variety of ways to accomplish similar results. The more complicated way is to learn some basic iPhone hacking. Doing a simple search on Google for tips on how to access the iPhone filesystem will yield a bevy of results you'll likely not know what to do with.