iPhone Dev-Team: About the iOS 4.0.2 Jailbreak 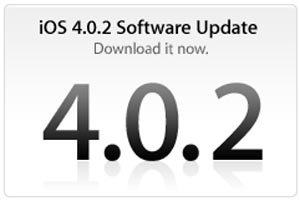 According to the development team, even though Apple is now shipping iPhones with firmware 4.0.2, which can't be jailbroken with JailbreakMe, releasing an interim solution before iOS 4.1 hits the streets would be a waste of time. iPhone 4.0.2 and iPad firmware 3.2.2 was released for the sole purpose of shutting down JailbreakMe, and protecting users from the PDF security hole that is bound to spawn malicious programs soon.

The key to jailbreaking these days is to save SHSH files, allowing your iPhone to be downgraded to previous firmware in case of an accidental update with official firmware. Beyond this solution, the iPhone Dev-Team has no intention of prematurely alerting Apple to its discoveries of iOS vulnerabilities that could someday lead to a future jailbreak solution.

iOS 4.1 will address many problems and add several features to the iPhone, and this release would be the earliest that another jailbreak solution could be released by Dev-Team. The group even quotes WarGames on its blog, stating that "the only winning move is not to play." Mutual assured destruction may not be the stakes of the game, however Apple stands to win if Dev-Team unleashes its secrets too often and steps up the game of cat and mouse.

For those iPhone 3G users who are running 4.0.2, the redsn0w package will still get your device jailbroken. Apple has ceased supporting the original iPhone completely, leaving the device open to the PDF exploit used in JailbreakMe 2.0. Saurik released a solution for all iPhones running firmware versions as early as 2.x called PDF Patch on Cydia for those with jailbroken devices. The exploit can be used on newer devices to jailbreak 4.0.1 then patched with PDF Patch after the jailbreak, securing the device.

We look forward to iOS 4.1 and the next wave of Dev-Team releases that are sure to follow Apple's update.

They haven't neccesarly released a jailbreak for pwnge but redsn0w works just as fine.