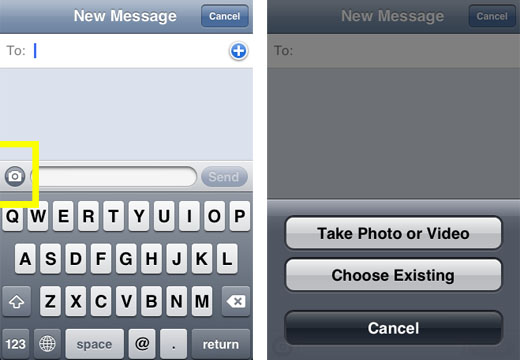 This will do the trick, really. Slightly less convenient than MMS itself, but a very viable solution if you know what networks your friends use.

What about Metro PCS?

how about for optus, mms???

I tried it ..send one to myself and then my sister in law who has alltel and she gets the text but not the image. I have At&T

This is kinda the opposite question. If someone tries to send an MMS picture to my Iphone...does it automatically go to email??? Or do they have to send it to my email initially???

I had an Alltel plan that is owned by Verizon. But it is still Alltel. Alltel uses 2 seperate email addresses for SMS (TEXT) Messages & MMS (PIC) Messages.

I know these to be correct because I still use these all the time.

I'm not sure why but this blog is loading incredibly slow for me.
Is anyone else having this problem or is it a issue on my
end? I'll check back later and see if the problem still exists.

It didn't work for me!

Worth pointing out to those not clued in to it - you can send pics to everyone's phone this way except iPhone owners.

Works great for everyone else though. :)

Does anyone know how the www.viewmymessage.com/1 works??!!

You can already send SMS to multiple contacts. No need for a work around.

i tried sending sms but the person told me that the message didnot reach there overseas country how can i do that so that message can be delivered.

I tried sending one and it didn't work.

So when my friends send me photos is there any other way other than going to viewmymessage.com which i can't figure out how and the heck to do from the iphone anyway?

I just tried it earlier (it was being discussed in another forum) and it worked fine. I have Verizon and I sent the picture to myself at myphonenumber@vzwpix.com with no problems...

hello....does anyone know if different language keyboards can be forthcoming in updates?