The iPhone 5 Wasn't a Figment of Our Imaginations?

Those always reliable "industry sources" must be feeling lonely since the Apple rumor mill was shutdown back in October. Good thing for them the iPhone 4S wasn't interesting enough to hold our attention for longer than a month. So grab your supply of salt, and prepare yourself, because I predict a very long winter of new Apple rumors. 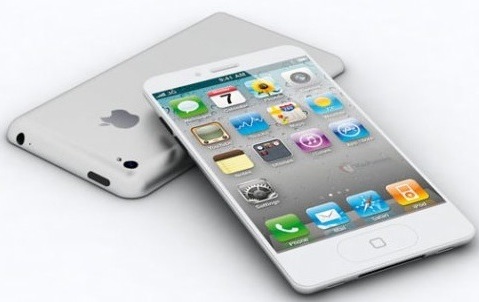 The latest comes from the Business Insider, who refuses let a great rumor die. According to their unnamed source, the iPhone 5 was very real, but it was abandoned 3 months before the iPhone 4S was announced. Their tipster didn't say why the iPhone 5 was scrapped, but he did say Apple engineers thought "a new fully re-designed iPhone was going to be Apple's next big announcement." He also says he played with the prototype.

The re-designed iPhone prototype was flatter and featured a larger screen and capacitive home button. But we already knew that from previous leaks. We didn't know that the new phones were also supposed to feature a 10-megapixel rear camera, aluminum backs, and come in a variety of different colors.

Some tech bloggers and analysts might've been a little bold with their iPhone 5 predictions, but I believe there had to be some truth to all the rumors. I don't think the Business Insider's source is lying, I just wish he had some new information. I would rather know why Apple chose not to launch the iPhone 5, instead of knowing it was going to be available in pink.

Check out the Business Insider's iPhone 5 prototype slideshow to see what else we didn't get for the holidays this year.

I remember reading somewhere that they actually started production on the 5 (which explains all the cases that showed up in China), but manufacturing difficulties were preventing them from churning them out fast enough. So the decision was made to postpone the five and ramp up the 4S

There was a rumor about a bubble defect that was causing delays.

And since you can't buy them... until they are available... why is it so important to (inaccurately) "predict" what features they will have? They will ALL be "improved" in 20 ways... or 100s of ways. And you can't do anything about the "time" or the "features".

How odd that humans like to "predict the future"... even though we never can.