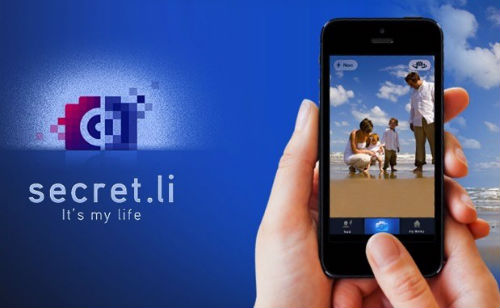 Secret.li keeps your personal photos out of the hands of potential employers, stalkers and strangers. However, don't forget that any image can be saved before it is wiped by the app.

You can download Secret.li for free through the Apple App Store. It's compatible with all current iOS devices running iOS 5.0 or higher.

From the official press release:

So, how secure are the photos being shared?

· Photos shared through Secret.li aren't visible at any time when being sent to contacts- only the filtered version is visble to designated friends on Facebook

· No clear copy of the photo or the metadata associated with the photo is stored on any of the servers used by the app. This protects users from tracking and tagging.

· Photos are destroyed at the end of the validity determined by the user.