ClamCase is one of the first accessory makers to take advantage of Apple's MFi (Made for iOS) game controller support in iOS 7. Apple previewed the new feature during an event called "Integrating with Game Controllers" at WWDC in June. 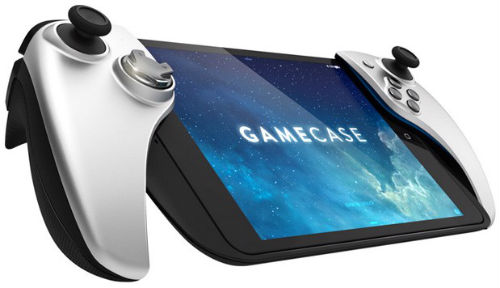 The Bluetooth gamepad features full-sized buttons, thumbstick controls and a built-in lithium-ion battery. Players can also use their iOS device's integrated gyroscope and accelerometer for "3D motion," and will still have access to their iPhone's touch-based controls while using the GameCase.

The GameCase is expected to start shipping later this year or early 2014. You can sign up for notifications from ClamCase at GameCase.com.