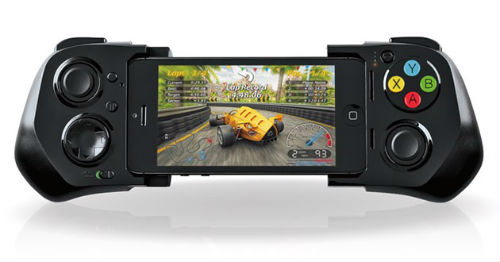 Back in September, ClamCase announced its own Bluetooth gamepad with iOS 7 support. The GameCase will be available sometime later this year or early 2014.

Both Moga and ClamCase have yet to announced what games will support their controllers, but Moga told Engadget that they expect a "flood of game developers will take advantage" of their gamepad.