Apple has given parents more control over the App Store and iTunes by adding a "Family Sharing" option to iOS 8. The new feature allows up to six users to share App Store purchases such as songs, apps and games when using the same credit card. Families can also share photo streams, calendars and reminders without sharing their individual Apple IDs or passwords. 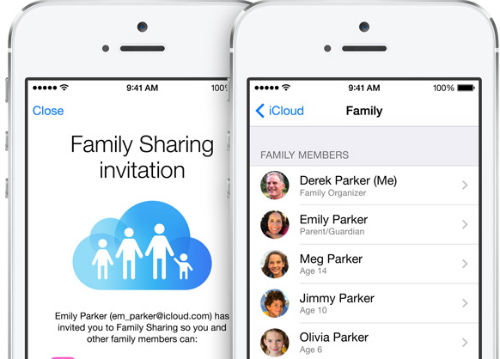 Family Sharing gives moms and dads more parental control over purchases thanks to its "Ask Permission" feature. The credit card holder will receive a notification every time a member of the household attempts to purchase a new app or song on their iPhone or iPad. Parents will then have the choice to deny the purchase or review the media and approve the transaction. The new "Ask Permission" feature and the ability to disable in-app purchases are just two ways Apple is helping parents protect themselves from unwanted App Store and iTunes purchases showing up on their credit card bill.

When enabled, Family Sharing will also allow users to share their location with each other, and track lost family member devices using the Find My iPhone / iPad app.