The iOS Camera app provides many easily-accessible features on its default interface. While the design might be slick and functional, in some situations the words and buttons can distract from previewing the scene in front of the lens. The jailbreak tweak MinimalCamera seeks to declutter the Camera app interface, temporarily hiding everything except the live preview. 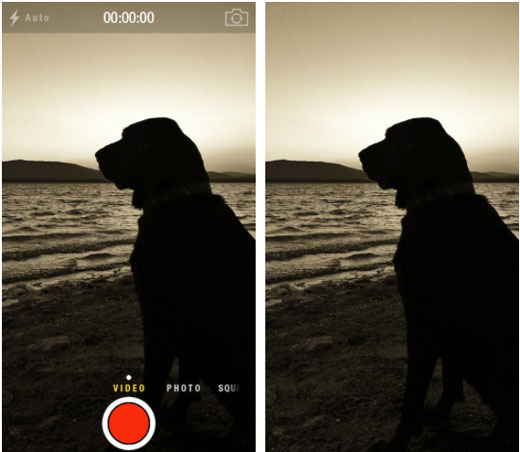 MinimalCamera can not only be enabled or disabled under Settings, but the tweak can be switched on or off at any time from within the Camera app. First off, after installation the tweak provides only a toggle switch (enabled by default) and an option for iPhone 5 and 5s users (4-inch screens). Enabling Keep Ratio on larger iPhones will make sure the photo preview matches what is stored to the camera roll.

Turning off the black bars will utilize the entire display for photo previews, however the pictures will not include the entire scene. Only video recordings record everything that fits on the iPhone 5 and 5s display from edge to edge. 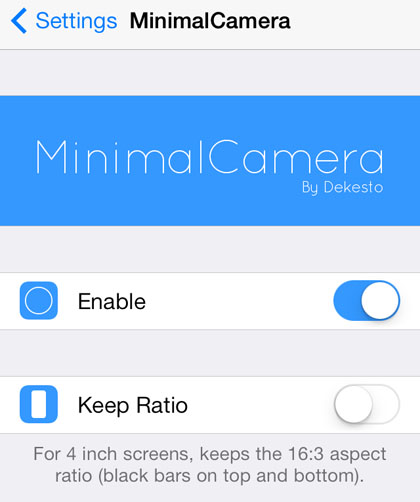 Tips for using MinimalCamera are built into the tweak, under Settings -> MinimalCamera -> How To. Removing the Camera app interface is achieved with a two-finger tap on the camera preview window. Bringing the controls back only requires another two-finger tap. 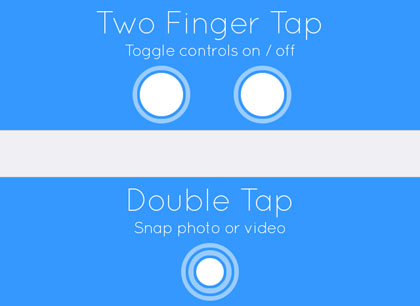 So how does one take a photo when the shutter release button is hidden? Simply double tap in the camera preview and the image will be captured, or video recording will begin.

MinimalCamera is available from Cydia on the BigBoss repository for free. Check here for instructions on how to jailbreak iOS 7.x with evasi0n 7. You can also find out how to purchase and install Cydia tweaks with this guide.