Acute is a jailbreak tweak that makes it possible to add new voice commands to iOS devices. Not only does this jailbreak tweak come with its own set of built-in commands, new phrases can be assigned to any Activator action. This means users can tell their devices to do just about anything. 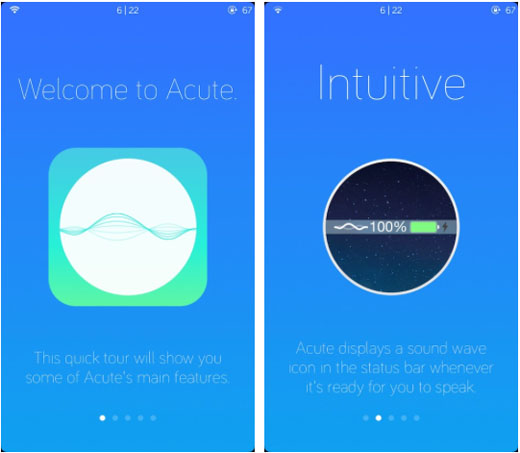 Once installed, the listening mode of Acute must be configured to an Activator action. Peforming this action (such as a right-swipe on the status bar) will invoke Acute, displaying a waveform icon in the status bar once loaded. When the tweak is listening, commands can be issued.

Creating custom commands is achieved by navigating to Settings -> Acute -> Activator Actions -> Add a phrase. Simply enter the text of the voice command and tap the Save button. After the phrase has been created, open the Activator app and assign the correct Speak phrase to an appropriate action.

Next time Acute is listening, saying the custom phrase will perform the assigned Activator action. As mentioned before, the tweak has built-in commands that are enabled by default. 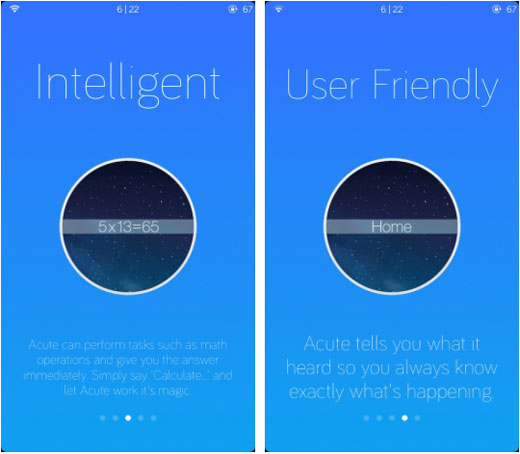 Acute is available on Cydia from the BigBoss repo for $3.00. Jailbreaking iOS 7.1.x is now possible with Pangu. Check here for instructions on how to jailbreak iOS 7.0.x with evasi0n 7. You can also find out how to purchase and install Cydia tweaks with this guide.