It's 1984 all over again in the App Store, Rovio Entertainment has released its Angry Birds Transformers crossover and Halfbrick Studios has updated Fruit Ninja with a Ghostbusters theme in celebration of the film's 30th anniversary. Both Tiny Tower Vegas and the MMORPG Order & Chaos Online have also been update with bonus Halloween content for those who are getting into the Halloween mood. Also don't forget to check out our best Halloween apps, including Skullduggery, one of our favorite games of the year. 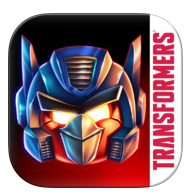 After teasing fans with awesome retro trailers featuring Autobirds and Deceptihogs, Rovio Entertainment has finally released its Angry Birds Transformers title to the App Store. This is the second time the developer has teamed up with HASBRO to release a mobile game and toy-line tie-in. The individual "telepods" / Transformer battle packs are already available on Amazon.com and at other retailers. Players can purchase and scan the toys to unlock that individual character within the Angry Birds game. The game also includes timers and in-app purchases, which may be a good reason to aboid it altogether. 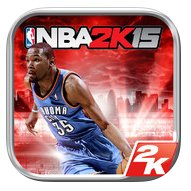 The World Series is scheduled for October 21, and the NHL season has officially kicked off, which means basketball season is right around the corner and 2K Studios has released its 2015 NBA 2K series for mobile devices. The game features "mproved gameplay," controller support and a career mode. 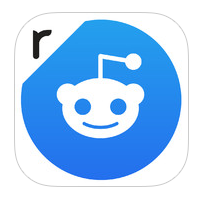 Alien Blue isn't new, but it has been newly bought by Reddit making it now the official Reddit client. The app allows you to easily browse Reddit on your mobile device, upvote content and submit your own content, links and comments. If you enjoy Reddit's "Ask Me Anything" interviews, I suggest downloading the official AMA app. It makes reading and asking AMA questions much easier. 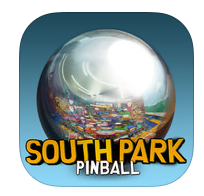 ZEN Studios has released a standalone app for its new South Park Pinball game. The game features two South Park-themed pinball machines featuring some of the most popular characters from the television show. 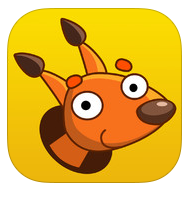 Forestry is an interactive app that aims to teach children two years old or older about nature and " wild nature, forest and its dwellers". The app features mini-games where children can help cartoon animals build houses, gather food and so on. The game does feature in-app purchases.