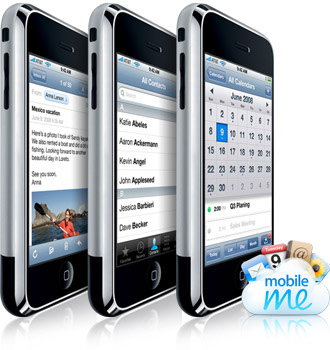 Upgrading to iPhone OS 2.0 is very straightfoward and painless. For step-by-step instructions, read our FAQ topic entitled How can I install iPhone OS 2.0 on my iPhone?

Unlike previous upgrades, moving to 2.0 behaves more like an iPhone restore in that it will completely erase and re-install your iPhone. You'll need to re-sync all of your songs, movies, photos, contacts, etc to your iPhone once you've completed the upgrade to 2.0.

Some of the new features in iPhone OS 2.0 include:

Considering all the new OS has to offer, there's few reasons we can think of NOT to upgrade to the new OS now that it is available. In fact, with word on the street indicating that the iPhone Dev Team has a jailbreak/unlock for OS 2.0 all but ready to go, there may be NO reasons not to upgrade.

Nope. I have iTunes version 7.7 installed. It's now 10:26pm EST, and I'm still not getting iPhone 2.0. When I check for iPhone updates, I'm told that 1.1.4 is the current version. My phone is not jailbroken and never has been.

In other news, the Apple website still says that the 2.0 update is "coming soon," which would make sense, considering that...it is.

If someone thinks I'm doing something wrong, please spell it out for me.

i don't know why itunes is telling you 1.1.4 is the newest

either way just do the manual download and install. it takes no longer you just have to hold the option key when clicking update then select the firmware file you just downloaded

running 2.0 now. trust me it is released.

What is wrong with you people? Just DO THE MANUAL install then, as mentioned above.

I didn't want to do the manual install, because there was no way of knowing for sure if it was going to be the official release. Sure enough, the filename you find today is slightly different than the one you guys were downloading last night. The file was available, but IT HADN'T BEEN RELEASED. "Released" means that Apple says it's ok to install, not that someone has hacked their way to the file and worked around the official install process.

You're an idiot. Apple doesn't put official files up and make them publically available on their servers unless they are officially released.

2.0 was *officially* released on the 10th. Unfortunately, you were too stupid to figure out how to install it until the 11th.

i had 1.1.3 on mine, and had installer on it, then erased everything, pressed restore without backup and bam! 2.0 update popped up, hope that helps :)