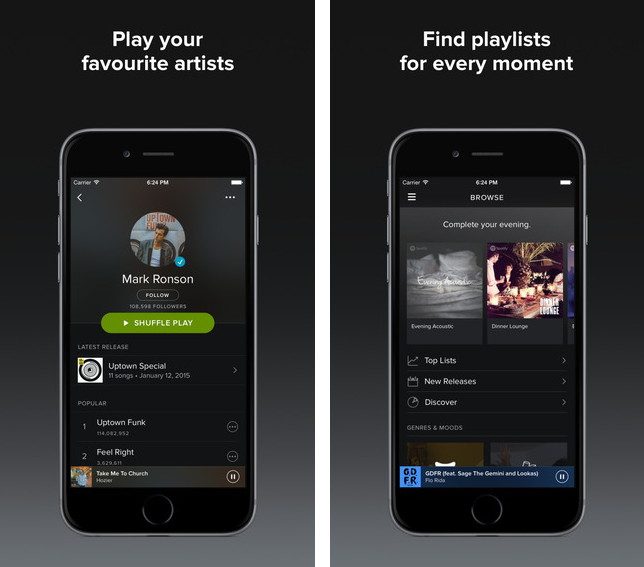 In case you missed last week's media event, Spotify announced a long list of new features. These additions to the mobile music service are now rolling out to users, offering what the company describes as the "most entertaining Spotify ever". 25 billion hours of listening data collected over the past seven years means Spotify can recommend playlists based on any time of day or activity.

This is the concept behind the Now start page, which learns what you like and adapts over time. Preselected music combined with your personal collection of Spotify tracks are played throughout the day, hitting the right notes for any time of day.

Spotify Running is billed as a running-specific music player that uses the sensors in the iPhone to match a runner's tempo. In addition to original running compositions, music from your listening history and other tracks are played during the run.

Last but not least, Spotify has added video clips and podcasts to its collection. Now video content and audio shows can be recommended by Spotify just like music. Content has launched from BBC, Comedy Central, ABC, ESPN, NBC, TED and Vice News, just to name a few.

iOS users can download Spotify on iTunes for free. Premium features include ad-free music, offline listening and better sound quality. Users can subscribe to Spotify Premium right through the iOS app, which will charge the linked iTunes account $12.99 per month automatically.