iOS App of the Week: Showtime 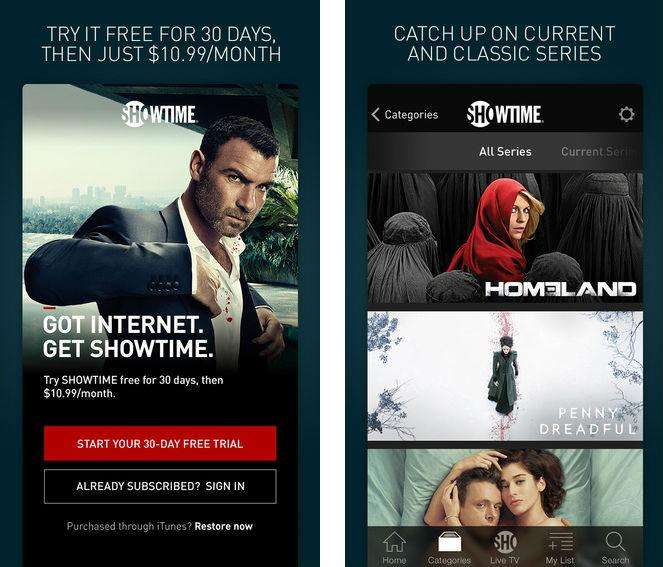 Showtime has joined HBO in launching its own standalone subscription service for mobile devices. The newly released Showtime app gives iOS users "unlimited on-demand" access to original series, movies, documentaries, comedy specials and sports. A monthly subscription to Showtime is only $10.99 a month with a free 30 day trial.

The Showtime app features AirPlay support and the ability to watch both Showtime East and West live, including all new episodes when they premiere. The app also includes on-demand access to past shows like Dexter, the ability to resume watching where you left off across devices and a list option for keeping track of your favorite shows.

Unlike HBO NOW, which is wrapping up its exclusive run with Apple, Showtime's streaming service is available on multiple services such as Roku and Hulu. Users can also access Showtime through Apple TV or showtime.com.

The Showtime app is free to download on the Apple App Store. It supports all devices running iOS 7.0 or later. iOS users can sign up for a monthly subscription through the app. You do not need a cable or satellite subscription to use the new streaming service, but you do need an internet connection. iOS users with a cable subscription can also use the app to watch on-demand Showtime programming by using the username/password given to them by their TV provider.