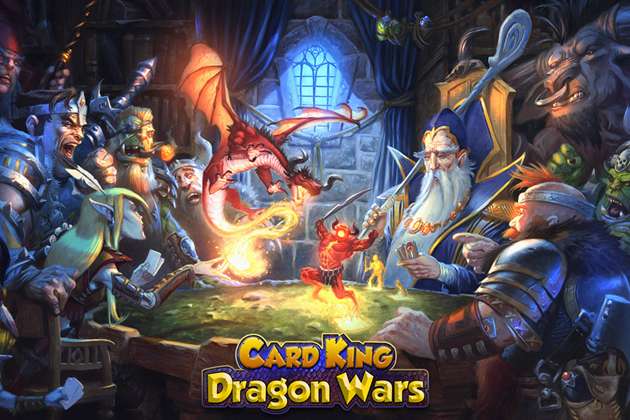 Card King: Dragon Wars is the latest free-to-play trading card game to land on the Apple App Store. Released by Card King, Inc., a subsidiary of global gaming publisher CROOZ, Inc (Battlefront Heroes), Card King allows players to collect and grow more than 100 unique creatures to construct the ultimate battle deck. Each creature comes with their own battle spells, strategies and abilities that players can power-up and use to defeat other players in multiplayer matches.

Card King promises to be "simple, yet deep," which should make it appealing to both new and old fans of the collectible card game genre. The game features quick, fully rendered 3D matches designed for mobile devices, lots of fantasy monsters like Dragons, Immortal Knights, and Elementals and the ability to explore the magical town of of Dragardia. Players can choose to play as either a Warrior or a Wizard as they work their way through their opponents to earn loot and prizes.

Card King has been selected as this week's App Store Editors' choice, and it is getting positive reviews on the Touch Arcade forums.

Card King: Dragon Wars is available for free on the App Store. It supports all devices running iOS 7.0 or later. It does include in-app purchases.