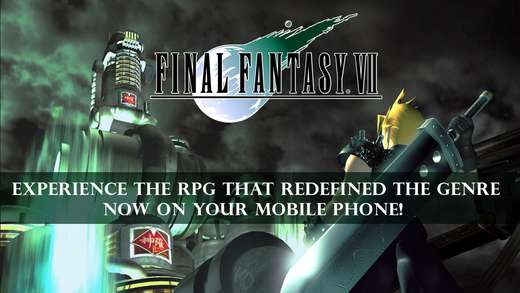 The newly released mobile version is a port of the 1998 PC version with on-screen virtual controls. Players can choose to use either a virtual D-pad or analog stick for character movement, and they can also disable enemy encounters on the world and area maps. The rest of the game is just like the original, with all the original characters, 3D backgrounds and CG movie scenes.

Players begin the game as Cloud Strife, who is hired by the revolutionary group Avalanche to help them destroy a Mako reactor in the metropolis of Midgar. Cloud and other members of Avalanche eventually set off on a journey to save a flower girl named Aerith (aka Aeris), who may or may not be the key to locating the "Promised Land" and an abundant source of Mako energy. 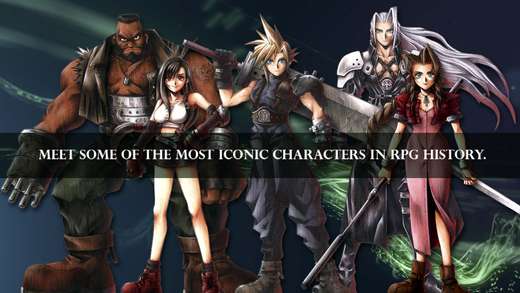 Final Fantasy VII includes some of the most iconic video game characters of all time, including Tifa Lockhart, Barret Wallace, Cait Sith and more. It also features various mini-games like Chocobo racing and breeding, the ability to customize skills and abilities, and one of the first open world maps.

Final Fantasy VII is available now on the New Zealand App Store for $19.99. It should be available in the US soon. It requires over 4GB of free space to download and is recommended for the iPhone 5s or later, 3rd generation iPad or later, iPad mini 2 or later, running iOS 8.0 or later.

Hopefully this goes to the right person. I don't know what I could be responding to on this horribly popped up site. Too bad. Looks like some articles I might have enjoyed, but when a freaking pop up appears every time I scroll the page-forget it! Life is too short for this barrage of ill script.