Activator gets 3D Touch and more in iOS 9 update 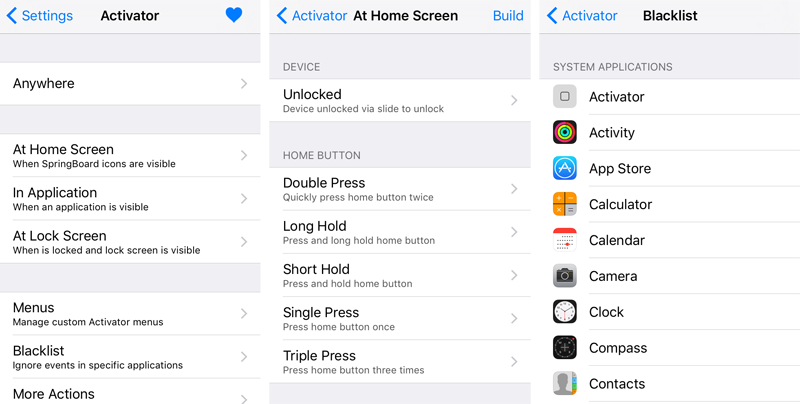 One of the quintessential jailbreak tweaks of all time has been updated for iOS 9. Activator from Ryan Petrich is a must-have tweak that allows users to manage gestures, buttons and shortcuts to control many aspects of their devices. Not only is Activator useful on its own, but many other jailbreak tweaks can be invoked using Activator actions. Petrich has added many new features to the iOS 9 update, including several 3D Touch compatible options.

Not only can users define new 3D Touch events, but taptic engine actions have been added. These iOS 9 features make Activator even more useful on a jailbroken iPhone 6s or iPhone 6s Plus. Activator also supports iOS 9 multitasking mode on the iPad.

These changes are the tip of the iceberg. Besides a long list of new features, there are too many bug fixes and improvements to list. Some of the highlights include:

Activator is available from Cydia free of charge. To start customizing iOS, click here for instructions on how to jailbreak iOS 9 with Pangu. Find out how to purchase and install Cydia tweaks with this guide.