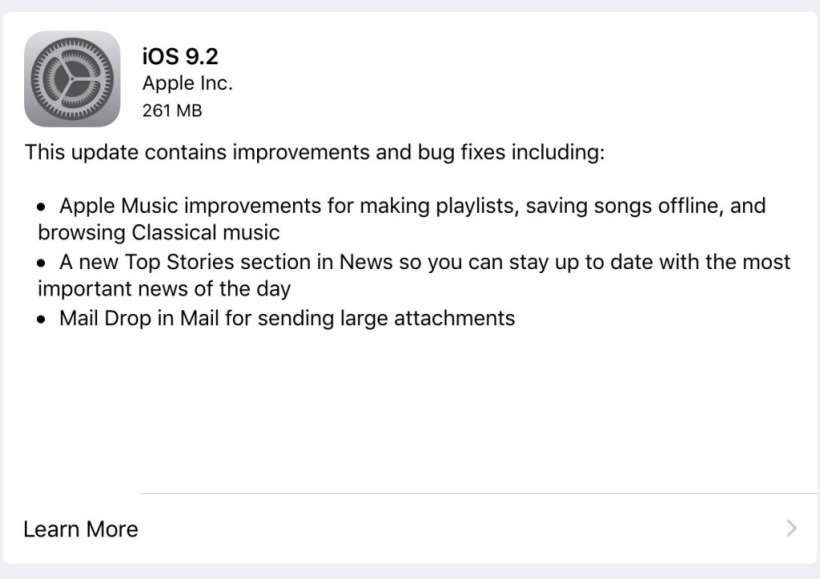 iOS 9.2 is now available as an OTA update for all compatible devices. The update includes many new features, bug fixes and accessibility improvements with a heavy emphasis on Apple Music. Users who upgrade to iOS 9.2 can now "create a new playlist when adding a song to a playlist," use the iCloud button to download albums or playlists from their iCloud Music Library, and see what tracks have been downloaded thanks to a new download indicator next to each song, according to the release notes.

iBooks now includes 3D Touch peek and pop pages, and it features the ability to listen to audiobooks while your browse your library or read a different title.

iOS 9.2 brings stability performances to Safari and Podcasts, and it fixes several bugs including issues with POP emails, Live Photos and more. The update also includes several performance enhancements for VoiceOver, Guided Access and it adds Siri support for Arabic.

iPod touch, iPhone and iPad owners can download iOS 9.2 by navigating to Settings > General > Software Update, or by connecting their device to a computer and accessing iTunes.