iOS App of the Week: The Westport Independent 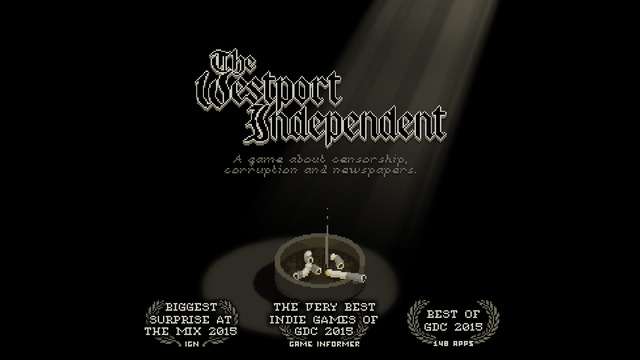 The Westport Independent is a new simulation game released by Coffee Stain Studios. It is already drawing comparisons to Papers, Please due to its political nature. In the game you're the editor of the last independent newspapers in a country controlled by the Loyalist Party. Your job is to edit articles to sway public opinion in favor of the government or rebels. If you choose to support the rebels you risk the government shutting you down, but being too pro-government will put you at odds with the rebels, who you need to buy and support your newspaper.

In the beginning of the game you're assigned a staff who each have different affiliations. As you can see from this walkthrough (6:56 mark), each have a rating on which way they lean: Loyalist or Rebel. Your job is to look through articles and edit them by changing the headlines and censoring some of the key points. You then have to assign the article to a specific employee while keeping in mind their alliances. Your editing skills will be discussed by employees and receive reactions from people affected by your decisions. For example, a public figure or rebel leader may send you a nasty letter based on a headline or what information you chose to omit from an article. Your decisions will also affect what happens in your city and what type of information and articles you receive in the future.

The Westport Independent is receiving mostly positive reviews from critics but has earned mixed user reviews on Steam and the Apple App Store. The negative user reviews could have something to do with Coffee Stain Studios being mostly known for releasing over-the-top titles, such as Goat Simulator. The Westport Independent is a serious game about censorship and not a goofy parody starring goats.

The Westport Independent is available on Steam for $9.99 and the App Store for $4.99. It supports all devices running iOS 6.0 or later.