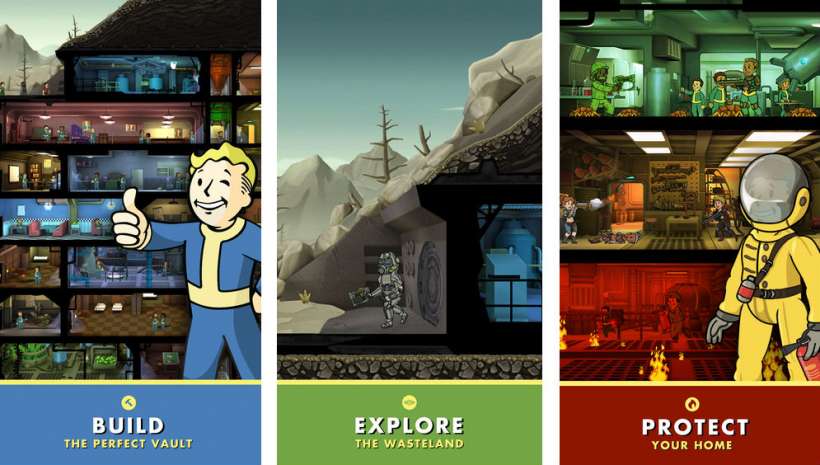 We briefly touched on Bethesda's Fallout Shelter during the Fallout 4 frenzy at E3, but it deserves a much closer look than we orginally gave it. I'm not sure why Bethesda teamed up with Behaviour Interactive to release a mobile game based on the popular post-apocalyptic franchise. Is it just a gift to hold fans over until November 10, when Fallout 4 hits shelves? Maybe it's an introduction to the Fallout franchise for new fans? Whatever Bethesda's end game is, Fallout Shelter is a resource management title that is both fun for new and old fans.

Fallout is a post-apocalyptic RPG that got its start way back in 1997. Several sequels and spinoffs have been released on various platforms, such as the PlayStation 2 and Xbox, over the years, but it has been five years since the last major title, Fallout: New Vegas, was released. Fans have been foaming at the mouth for another sequel, but they're stuck with the mobile title for a few more months, until Fallout 4 is released for the PlayStation 4 and Xbox One later this year.

Fallout Shelter puts players in control of their own underground Vault from Vault-Tec. The goal of the game is to build the best bunker while trying to maintain key functions such as power, food and water. The game is a lot like other building / resource management games, such as Tiny Tower, where players must recruit new "dwellers," assign them jobs, and even try to get them to mate. Power, food and water are of course very important, but also overseeing your dwellers by making sure they have the right jobs, improving their skills and preparing them for danger is as equally important to keep your vault safe and to make sure it grows.

While it is easy to compare Fallout Shelter to games like Tiny Tower, it is a lot more deep and requires a bit more attention to detail. It is also a lot more grim than Tiny Tower, and requires you to do things like send people out into the wasteland for population control.

Fallout Shelter is highly recommended to fans of building / town-resource management titles, especially when they're set in dark, post-apocalyptic times. The game is available for free on the App Store. It requires iOS 7.0 or later, and it does not support the iPhone 4s or earlier, original iPad mini or original iPad and iPad 2.

There is enough support for such a business control method to warrant its implementation in all your stores or warehouses.

The state authorities make everything possible to pull in as many investors as possible.
Promote other businesses online through affiliates.