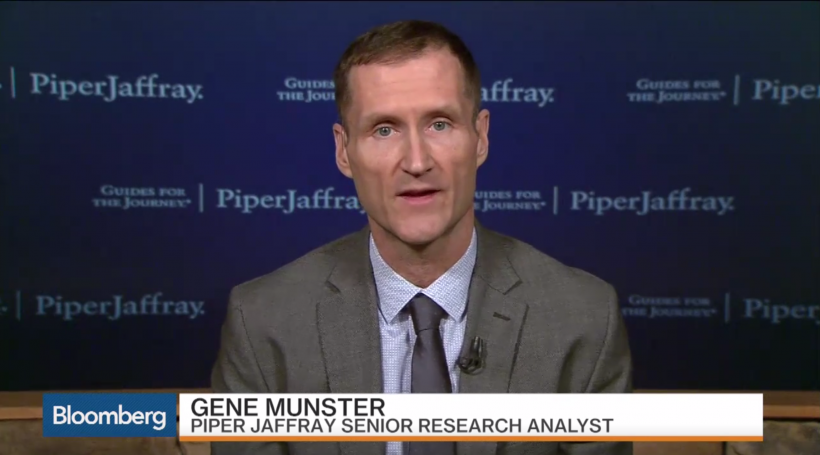 Apple began rolling out its Apple Pay service in the 1.3-billion person Chinese market, in conjunction with China UnionPay. An official announcement isn't expected until February, however videos posted online have shown that Apple Pay is already functional for some users. China is the fifth country to receive the service since late 2014, with Spain and Singapore in the pipeline later this year. Apple Pay also added support for over 50 new US banks and credit unions this week.

Looking forward, Senior Research Analyst Gene Munster (Piper Jaffray) told Bloomberg AAPL shares could surge 50% before September 2016. Apple stock is trading near 10-year historical lows, which Munster says is cause for optimism. Not only this, but as the first quarter of 2016 ends, AAPL shareholders have more things to look forward to such as larger share buybacks and the iPhone 7. According to Munster, Apple could gain market share in the fall since consumers are more receptive to completely new hardware designs.

Apple currently has an 18% share of the global smartphone market. Munster is not the only one bullish on Apple's prospects. Trefis has set a $144 price target for the stock, translating to a market cap of $840 billion.

Big news will hit on Tuesday, January 26 when Apple reports its Q1 fiscal 2016 earnings. Despite the fact that Q1 fiscal 2015 showed record device shipments, AAPL's price decline reflects concerns over soft iPhone 6s sales and the recent economic downturn in China. Investors will be looking for CEO Tim Cook to discuss Apple Watch revenues, as well. Some analysts speculate that Apple's newest product is responsible for 2.5% of total revenues during Q1 fiscal 2016. The question is: does the Apple Watch have significant growth potential?