How to get 700 free gems on Battle Bros 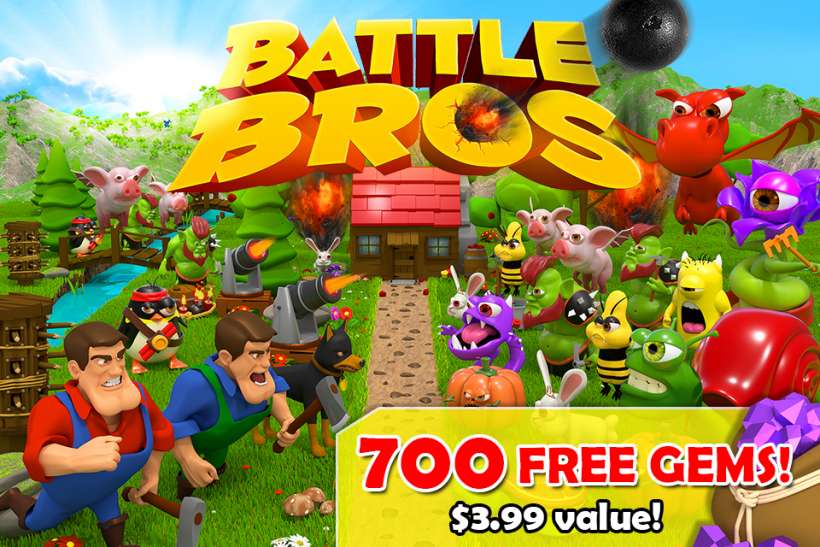 DryGin Studios is offering 700 in free Battle Bros gems this weekend. Starting today anyone who downloads the tower defense title from the Apple App Store or Google Play will receive an additional 700 gems. DryGin Studios is dedicated to building a great Battle Brods community and they hope this free gift will encourage new users to join the fun. Existing users can also receive a free gift of gems by sending an email via the support button.

Besides the free gem giveaway Battle Bros has been updated with several new features. Version 1.5 of the game includes a new checkpoint system, new upgrades levels for player and traps, the ability to revive a fallen brother in co-op mode and an improved matching system.

Battle Bros is a free-to-play tower defense title with a focus on real time multiplayer gameplay. Players can team up with other players around the world to simultaneously defend their lands against hordes of minions set on destruction. The game includes the ability to upgrade and unlock traps, a seasonal progression system, boss battles and more. Users can compete in single player or multiplayer games, use social media to encourage friends to join them and unlock a variety of achievements and additional outfits.

The free gem giveaway ends on Monday, February 29th. You can download Battle Bros for free on the Apple App Store. It supports all devices running iOS 5.1.1 or later.