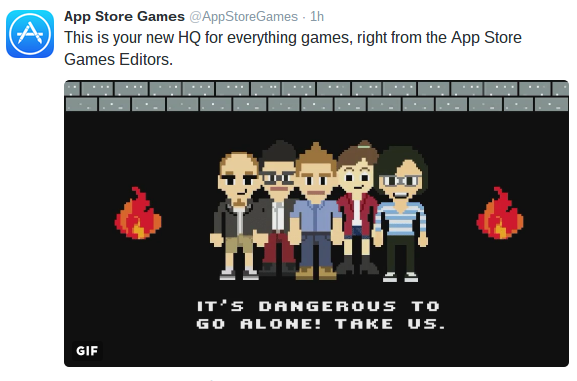 Apple has been doing a lot with the App Store to promote gaming on iOS devices. In February it released a section dedicated to premium games with no in-app purchases, and it has changed the "Free" button to a "Get" button for games with IAPs. Apple also added several App Store enhancments with the release of iOS 8, including bundles and a new Explore tab for searching subcategories.

The new account's tagline reads, "Embrace the future of gaming. Straight from our Games Editors."

The second tweet from the account says @AppStoreGames is the new "HQ for everything games, right from the App Store Games Editors."

You can also follow us on Twitter and bookmark our weekly App Store recap to keep up on the lastest App Store releases and news.