How to add a directional arrow to Apple Maps 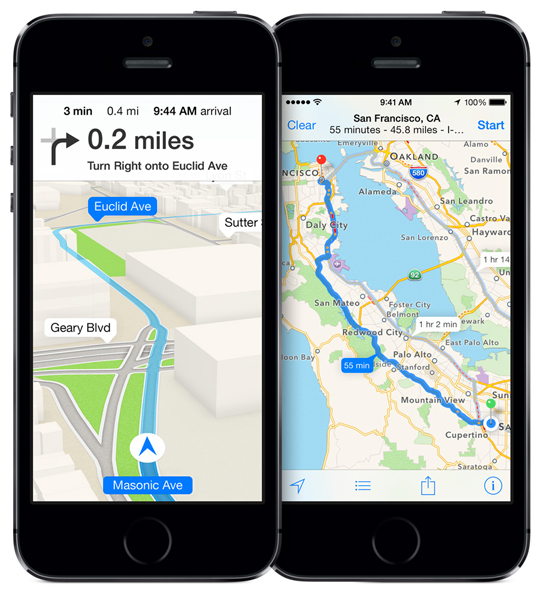 When Apple Maps debuted in 2012, it carried with it a fair share of issues that kept it short of its full potential. From incomplete coverage areas to warped street views, it was clear that Apple’s ambitious attempt to become the new king of the mobile app world was very much a work in progress.

Since its launch, though, Apple’s development team have made tremendous strides in turning Apple Maps into the program it was always meant to be. Actually, better than that, they have turned Apple Maps into a truly phenomenal companion that is actually worthy of being your default map application.

But for all of Apple Map’s improvements the one annoyance that keeps it from being instinctively launched when you aren’t sure where to go is the lack of a default direction indicator.

As anyone who has traveled to a foreign land – or anywhere new for that matter – will attest to, the ability to simply understand where you are facing saves you from many moments of awkward turn arounds and confused wandering.

Google Maps solves this problem by including a simple directional arrow as a default: 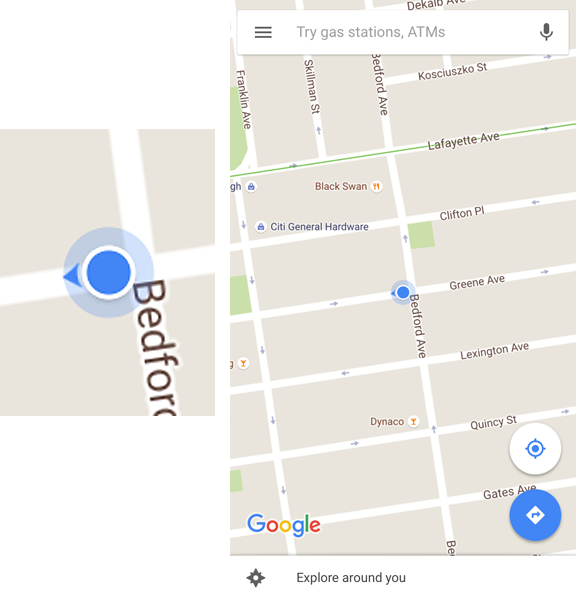 On the other hand, Apple Maps’ default position indicator does not: 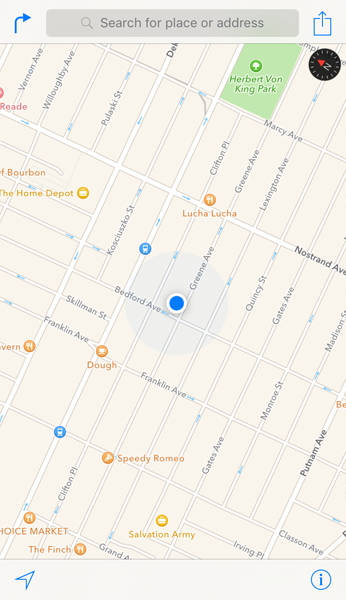 This one simple exclusion makes Apple Maps harder to rely on when you are truly lost, but thankfully there is an equally simple solution to the problem that many users are unaware of.

To see exactly where you are facing in Apple Maps, simply double tap the navigational icon on the bottom left. 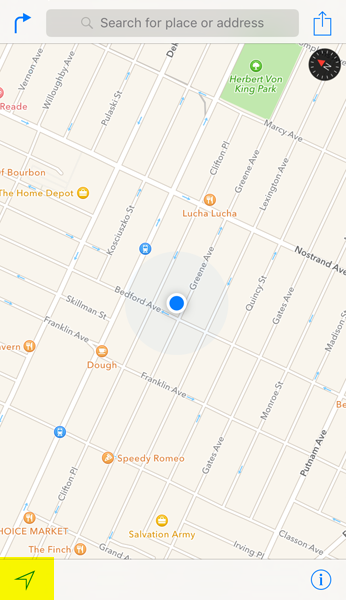 Doing so will change the display of the icon and give your location marker a handy field of vision that will show you where you are currently facing. 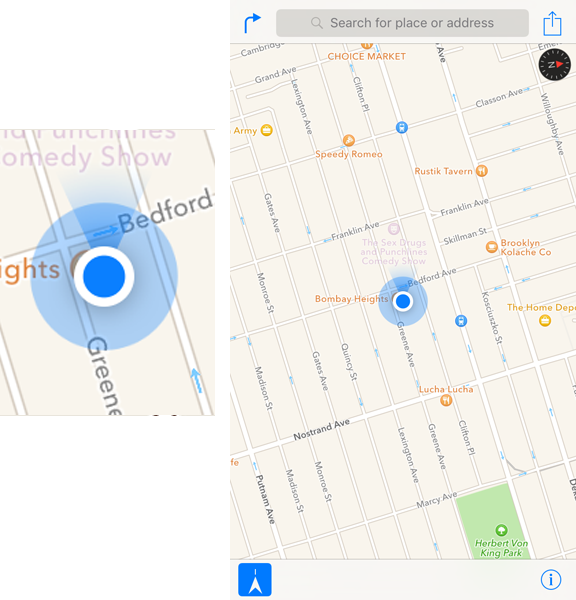 There’s no reason to not keep your map in this view and while it’s a shame that this isn’t the default, simply making the adjustment each time you open the app helps you to enjoy everything that the program has to offer.