What we think we know about the iPhone SE 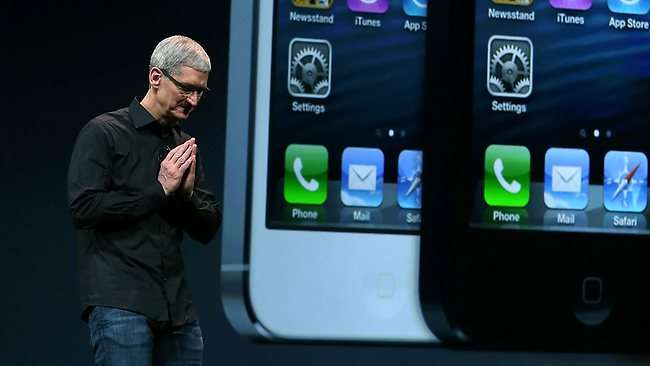 It has been called the iPhone 6c, iPhone 5se, and now the iPhone SE. Whatever the name, the consensus is Apple will unveil a new 4-inch iPhone at its March 21 media event being held at the Infinite Loop campus in Cupertino, California. Here's what the rumor mill has been saying about the new handset leading up to the event. Remember, nothing has been officially confirmed but this is what we think we know about the iPhone SE. You can see a 9.7-inch iPad Pro rumor roundup here.

The rumor mill is normally pretty good at predicting the names of Apple's next-generation devices, but it has been all over the map when it comes to the rumored 4-inch iPhone. It was originally believed the new handset would be another entry level model like the iPhone 5c, but reports quickly put that to rest when it was revealed the device would feature a metal casing. In early February, 9to5Mac reported that the device would be called the iPhone SE and replace the iPhone 5s in the current iPhone lineup.

There have been so many reports about the name of the rumored device it is hard to know what it will be called, but iPhone SE seems to be the name everyone is agreeing on at this time.

The one thing everyone seems to agree on is the that the iPhone SE will feature a 4-inch display. This will make it bigger than the iPhone 4s and smaller than the larger iPhone 6s. 9to5Mac also noted it would feature a “less shiny” hue and possible "curved edges."

There have been conflicting reports about the iPhone SE camera. The iPhone 5s is equipped with an 8MP iSight camera, but the iPhone 6s line sports a 12MP camera. Some analysts believe the iPhone SE will retain the 8MP shooter, while others believe it will feature the same 12MP camera as Apple's current flagship devices.

The iPhone SE will be powered by Apple's A9 chip, M9 motion coprocessor and 1GB of RAM.

The iPhone SE is expected to be available in only 16GB or 64GB models starting at $450.

It is safe to assume the iPhone SE will ship with Touch ID and Apple Pay support like all of Apple's current iOS devices, but it will most likely not include 3D Touch.

The iPhone SE will most likely be a 4-inch entry level device not jammed packed with any new features, and without some current features like 3D Touch. Apple is also expected to finally launch iOS 9.3 at the keynote, which will introduce a lot of new features, such as Night Shift mode, password protection for the Notes app and more. Apple's next big iPhone refresh will not happen until it launched the iPhone 7 and iOS 10 in the fall.

Apple's "Let us loop you in" event will be held on Monday, March 21st at 10 am PT/1 pm ET. Tim Cook and team are expected to unveil the iPhone SE, 9.7-inch iPad Pro and new Apple Watch bands at the event.