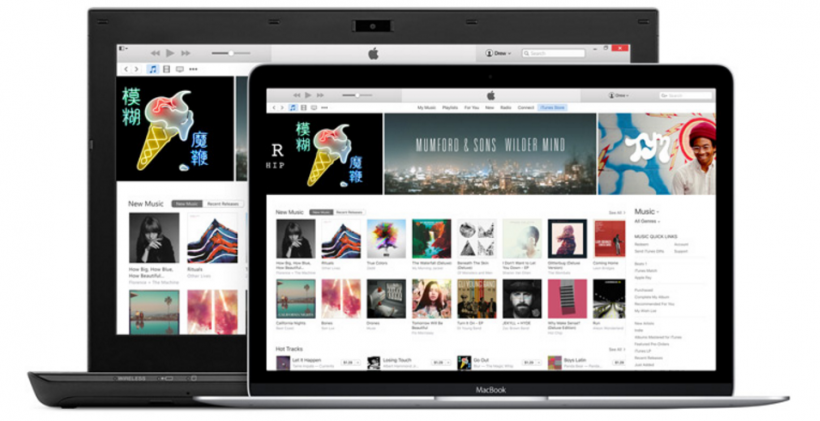 Anonymous inside sources familiar with the product told Bloomberg, "Apple also plans to better integrate its streaming and download businesses and expand its online radio service." The newly launched Apple Music will be followed by a new advertising campaign to convince users to sign up to the $10 per month subscription model.

This is not the first time Apple has attempted to refresh its stagnate iTunes sales and take on its rapidly growing rival Spotify. The company integrated Shazam into Siri with the launch of iOS 8, and it launched iTunes Radio before acquiring Beats Music in 2014. Apple then combined both iTunes Radio and Beats into Apple Music in 2015. The service was met with complaints for its lack of a free tier like Spotify, complicated user interface and other design issues. Even with the mixed reviews Apple still managed to eventually nab an impressive 11 million subscribers.

Bloomberg also reports that the integration of Beats Music into Apple didn't go as smoothly as Apple had hoped.

"The deal sparked a rare culture clash within Apple that led to the departure of several key managers and, most important, created a product that many critics say doesn’t meet Apple’s own lofty standards. Apple is still struggling to integrate its employees and unite the streaming and downloading businesses into a cohesive music strategy," said Bloomberg's inside source.

After the Beats acquisition in 2014, Iovine and other Beats executives began pushing Apple to move away from iTunes downloads and instead concentrate on music streaming. This plan is what led to the shakeup within Apple and the cancellation of the international rollout of iTunes Radio. Iovine has also been a positive and negative force for Apple's streaming department. The music mogul helped recruit Taylor Swift to Apple's side after the singer publicly slammed the company on how it planned to compensate artists, but he's also been causing internal problems within the company.

"While Iovine’s connections make him valuable, they’re also a source of friction inside Apple. There were times when they were in the middle of negotiations with an artist's managers and labels while, unbeknownst to them, Iovine was carrying out his own separate discussions," according to people familiar with the matter.

Apple hopes its revamped Apple Music will help boost its sliding stock prices, plateauing iTunes sales and give it a chance to regain its title as a digital music powerhouse.