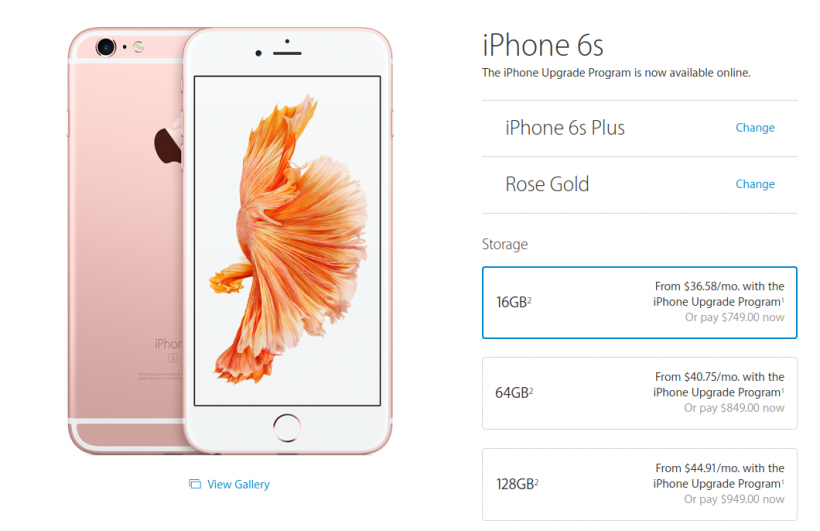 An IHS Technology analyst (via 9to5Mac) claims Apple will not release a 16GB model iPhone 7 in the fall. Instead the iPhone maker will release a 32GB version of the flagship device as the $199 base model. If true, the next-generation iPhone models will most likely be available in 32GB, 128GB, and 256GB storage capacities. The analyst also noted the iPhone 7 will ship with 2GB of RAM, but did not mention if he was referring to the 4.7 inch model. Previous rumors have suggested that the iPhone 7 Plus will include 3GB of RAM to power its rumored dual-camera system.

While nothing has been officially confirmed, it makes sense for Apple to stop producing 16GB devices. 16GB is not enough storage for the age of Instagram and 4K video. It only takes a small amount of selfies, apps and videos these days for the average iPhone user to max out their storage capacity. However on the flipside, 16GB models are perfectly fine for users who utilize Apple's iCloud or other third-party storage services, such as Google Drive. Apple users automatically get 5GB of free iCloud storage for signing up, and they can upgrade to 50GB of storage for only $0.99/month.

9to5Mac also notes that "it’s interesting that IHS suggests Apple will bump the base model to 32 GB, as the iPhone 6s is not actually offered in that size at all." This is true since Apple got rid of the 32GB option in favor of a larger 64GB option. A 64GB base model would be a drastic increase and it would make more sense to bring back the 32GB model as an entry level option.

This is the first time we have heard about Apple ditching the 16GB model. Previous iPhone 7 rumors have been focused on the headphone jack and speaker arrangement. It is too early to get an idea of what new features the iPhone 7 will and will not include, but we should learn more as the official release date draws near. Apple is expected to release the iPhone 7 and iPhone 7 Plus in September of 2016.