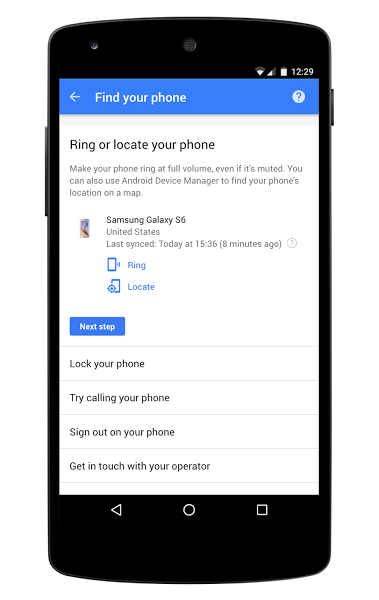 Anyone who has ever had to deal with the confusion, anger and feelings of dread that come with losing an iPhone know that it’s not possible to receive enough help when it comes to finding it again.

According to a recent announcement, Google is planning on rolling out a new service that will help iPhone and Android owners find their lost phones. What immediately separates this service from similar programs out there is the fact that it can be performed through Google’s search engine wherever you may access it. That’s right, simply by typing in “I lost my phone” into Google’s search engine, you will be able to start the hunt for your lost device.

This program functions similarly to other location services in that it tracks your lost device by using a ping system based on log-in and sync instances. It monitors any trace activity that can be associated with your device and attempts to produce an accurate location based on it. Additionally, Google’s new service will allow you to perform certain actions such as call your phone, sign-out of any Google related accounts, lock your phone or notify services.

Unfortunately, there is no plan to incorporate the same data wipe options that iPhone’s “Find my Phone” iCloud service offers, nor has there been any word from Google regarding whether or not Android user’s ability to set a new lock screen password after the theft or message their phone with help instructions will be made available.

Such as it is, it sounds like iPhone users will still want to rely on the iCloud service as their primary resources in instances of a lost phone. However, Google’s new program does sounds like a convenient alternative to anyone who may be unable to access that program for any reason or otherwise are just looking for as much help as possible in locating their iPhone.

No release date for Google’s new initiative has been revealed thus far, but it is expected to become available soon.